The people of Poland and France have shared a close bond and friendship through the centuries that has been incomparable to that of any two nations in modern world history.  During the rule of Napoleon I, the Polish Legion allied themselves with the Great Emperor and throngs of Polish soldiers fought for the French Revolution. There existed a considerably large Polish community in France in the 19th century and during the inter-war period. This alliance has always been strong, despite a temporary lapse during the Cold War.

The contributions of Nicolaus Copernicus, Frederic Chopin,and Madame Curie (Marie Skłodowska-Curie) are clearly etched in our collective consciousness as among the greatest Polish people of all time.  But there are as many more as there are grains of sand - Polish people whose talents and gifts have made the world a better place, a more gentile place in which to live.

In this series, part 4 of The Polish Diaspora, I am presenting just a few famous contemporary Polish-French leaders and VIPs who have made great strides in French politics and culture. There is a virtual profusion of Polish-French professionals, business moguls, politicians, artistic virtuosos whose achievements have contributed to the glory of the French nation, and pride of Polish Brothers and Sisters everywhere. 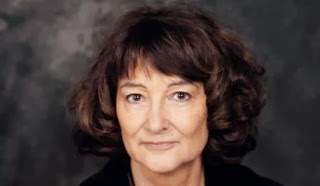 Gloria Steinem and Betty Friedan have become virtual icons of the American feminist movement, challenging the status quo and social precepts, and smashing through the glass corporate ceiling. Generations of women owe them an enormous debt of gratitude for their hard-won victories; victories which have drastically improved the status of women in politics and business. Though the feminist movement resurged in the United States, it has affected similar movements in nations around the world, not the least, the Republic of France.

Who among us has heard of the name of Sylviane Agacinski-Jospin. Yet this Grande Dame of French society and politics has been as influential or more so than her American counterparts, in transforming and improving the status of French women. Agacinski's philosophy is based on the concept of "differentialism", which declares that the human condition cannot be understood unless it includes references to both sexes. In her book " Sexual Politics " (1998) she commented that "We want to keep the freedom to seduce and be seduced. There will never be a war of the sexes in France."

She is more than a feminist, more than a philosopher, more than an author. The name of Sylviane Agacinski-Jospin has become synonymous with constitutional change. In 1999 she was the leading originator of a Bill to amend Article 3 of the Constitution of France, thus:        "The law will encourage equal access for women and men to political life and elected posts." The amendment was filed on June 28,1999, with the support of Jospin, and the Parite Party and came into law on May 3, 2000. It effectively obliged all French political parties to guarantee that 50% of their candidates would be women, otherwise they would lose a corresponding share of governmental campaign funding.

The first legislative elections under the new law, took place in 2002, with the following results: Le Pen's National Front came very close to meeting the standards set by the new law and had 49% of women among their candidates; Jospin's Socialists had 36% and Chirac UMP had 19.6%.

Agacinki' s parents immigrated to France from Poland. Her sister, Sophie Agacinski, is a famous French actress, and Sylviane is married to Lionel Jospin, former Prime Minister of France. Her son, Jacques Derrida, became a philosopher who directed the EHESS. 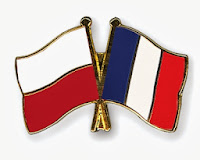 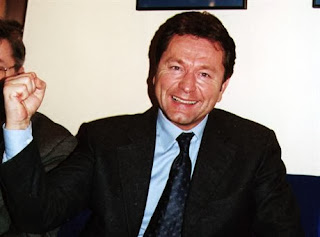 He is a savvy businessman whose acumen and success rivals - ergo surpasses that of many of the most celebrated tycoons in America. His name is Waldemar Kita, born in Szczecin, Poland but makes his home in France.


Waldemar Kita made his fortune in the manufacture of intraocular lens, which are used for cataract surgery, and the treatment of glaucoma. His company, Corneal was founded in 1986 and rapidly grew to become one of the fourth largest European firm, and largest French firm specializing in this industry. In December 2006, Kita sold the company to Allergan for a cool 180 million Euros.

Kita became the chairman of the FC Nantes, football team. Rumours circulated that he paid 10 million Euros for the club. He was right on track, pardon the pun; his team won eight French championships and is considered to be France's premier elite team. He purchased the Swiss club Lausanne in 1998 and led them through to 2001. 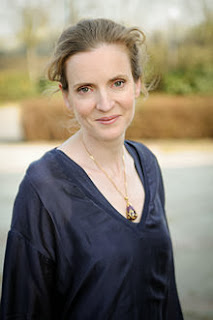 Her family background represents the likes of which would make Debrett's peerage green with envy. Her Polish roots are impressive indeed. If you did not notice, one of her names is Kosciusko. She is a descendant of Jozef Tomasz Kosciuszko, brother of the famous Tadeusz Kosciuszko.nHer grandfather, Jacques Kosciusko-Morizet, was an academic and member of the French Resistance during the war, a Gaullist politician and former French ambassador in the US. His father-in-law as Andre Morizet, was a socialist senator and mayor of Boulogne-Billancourt. Her father, Francois Kosciusko-Morizet is the mayor of Sevres.nHer brother, Pierre Kosciusko-Morizet is one of the founders of Priceminister.com, an e-commerce website in France ranked third in popularity. There is some speculation among genealogists that she is related to the infamous Lucrezia Borgia (on her mother's side.)She is often referred to simply as NKM (short for Nathalie Kosciusko-Morizet).


When NKM was only 29 years old, she was elected to the French National Assembly (2002), and represented the constituency of Essonne, situated in the south of Paris.  She then served the term for Pierre Andre Wiltzer who was appointed deputy minister.  She was re-elected in 2007 and 2012 becoming secretary of state with portfolio for ecology, then secretary of state with responsibility for Forward Planning, Assessment of Public Policies and Development of the Digital Economy. In November 2010 she was appointed Minister for Ecology, Sustainable Development, Transport and Housing.

She is an accomplished professional in her own right, a French politician (deputy of the 4th electoral constituency of Essonne), mayor of Longjumeau (2008) and candidate for mayor of Paris in the 2014 elections.

In 2012 she resigned her position to become the spokesperson for Nicolas Sarkozy in his campaign for re-election as president.  In February 2013, she announced her candidacy for the mayoralty of Paris in the upcoming 2014 elections and is endorsed by Francois Fillon. She is a strong proponent for "green" issues and has been described as part of the "blue ecologists" movement. In the primaries for the Mayoralty of Paris she won 58.16% of the popular vote. 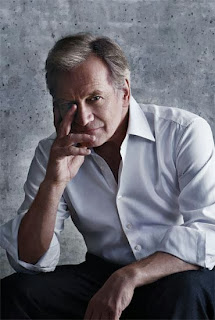 There are only three non-French actors hired by the prestigious Comedie-Francaise. One of the actors is Andrzej Seweryn, a Polish veteran of theatre and film.  He is an accomplished actor having performed leading roles in over 50 films, mainly in Poland, France and Germany.  Currently, he is Director General of the Polski Theatre in Warsaw.

Seweryn is best known for his portrayal of Julian Scherner in the film, Schindler's List.  Apparently, it is said that Seweryn bears a striking resemblance to Julian Scherner, as evidenced by photos from World War II.  Seweryn also portrayed the role of French Revolutionary Maximilien Robespierre, in the film and mini-seires La Revolution Francaise (1989).

He attained the pinnacle of fame in the 1970s for his appearances in films directed by the famous director Andrzej Wajda, in particular, films such as Without Anesthesia, The Promised Land, and Man of Iron.  Seweryn was awarded with the Silver Bear for Best Actor at the 30th Berlin International Film Festival for Wajda's 1980 film, Dyrygent.  In the same year, he also made his stage debut in France at the Theatre des Amandiers, in Nanterre, performing a series of plays by Stanislaw Witkiewicz.

In 1981, the Polish government imposed martial law, outlawing the Solidarity movement. Though Seweryn was a strong sympathiser of Solidarnosc, he settled in France and eventually applied for French citizenship.

Seweryn also taught at the Paris Conservatoire and in 2005 was awarded with the Legion d'honneur as well as Ordre des Arts et des Lettres and Ordre national du Merite.
Andrzej Seweryn was born in Heilbronn, Germany. During the war, his parents Zdzislaw and Zofia were arrested by the Gestapo and forced into slave labor. After the birth of Andrzej, in April 1946, they returned to Poland.  In 1968 Andrzej graduated from the Academy of Dramatic Arts in Warsaw and performed at Teatr Ateneum until 1980. 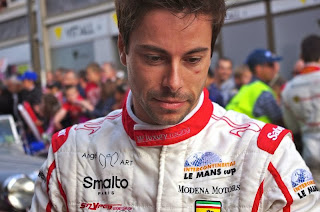 They refer to him as a  "French" race car driver. But his soul is very much Polish and he is the source of pride of Poles around the world.  Frederic Makowiecki competed in the Super GT in Japan for team Weider Modulo Dome Racing.  He also raced in FIA World Endurance Championship with Aston Martin Racing.  In 2003 he competed in the Porsche Carrera Cup in France.

Makowiecki also raced in class B of the French Formula Three Championship and finished with a respectable fourth class.  In 2004 and 2009 he finished third and was runner up in 2006 and 2007.  In 2010 he won the title with six amazing victories, 11 podiums and 3 pole!!   In 2009 he raced in the FIA GTE European Championship for Hexis Racing and came in fourth.  In 2011 he achieved four wins in the Marc VDS Racing Team on a Ford GT.

Makowiecki competed in the FIA World Endurance Championship in 2012 with Luxury Racing in GTE-Pro.  He took the pole position in the 24 Hours of Le Mans and competed in the FIA World Endurance Championship on a McLaren MP4-12C GT3 with five wins, 7 podiums and 2 pole. In the same year he won City Challenge in Baku (Azerbaijan) and the Blancpain Endurance Series in Navarra (northern Spain) 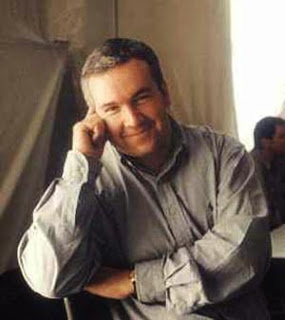 The name Marc Minkowski has become synonymous with French Baroque music.  Born in Paris he became a conductor of classical music. He embarked on his musical career playing the bassoon for Rene Clemencic's Clemencic Consort and Philippe Pierlot's Ricercar Consort. No doubt his maternal grandmother, Edith Wade must have been a great influence on him from the start. She was a violinist.

In addition he has recorded many works such as Jacques Offenbach: Orphee aux Enfers; La belle Helene, and La Grande-Duchesse de Gerolstein.  Most of his recordings are under the Deutsche Grammophon label, as well as Erato, EMI, Virgin Classic and Naive Records.

Minkowski is active in the Mahler Chamber Orchestra, the Berlin Philharmonic, Orchestre de Paris, the Los Angeles Philharmonic, the Mozarteum Salzburg and the Staatskapelle Dresden.  Finally in 2008 he returned to his true homeland and became music director of Sinfonia Varsovia.

Marc Minkowski was awarded the Orphee d' Or in 1990 for the title of " Best Young Conductor" and is also a recipient of the highly prestigious Chevalier du Merite. 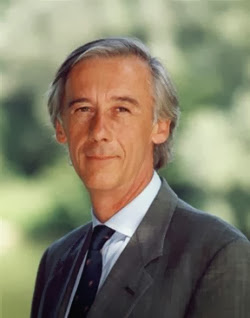 Axel Poniatowski is member of French National Assembly, representing the Val d' Oise constituency, and is also a member of the Union for a Popular Movement, a political party whose platform is center-right on the political spectrum.

Poniatowski, born and raised in Rabat, Morocco, has lived in the United States and Saudi Arabia, following his father Michel Poniatowski, a diplomat. He is multilingual and can speak in English, French, Spanish and some Arabic.  Axel has been mayor of Isle-Adam since 1999 and representative of Val d'Oise since 2002. He has been appointed to the foreign affairs commission in the National Assembly. But despite the illustrious political career he has spent the better part of 25 years working in the private sector.

FOR MY POLES NOTHING IS IMPOSSIBLE.
NAPOLEON BONAPARTE

NEXT
(please click on link below)
THE POLISH DIASPORA: PART 5
FAMOUS POLISH-BRITISH

Posted by Polish Greatness Blog at 12:00 AM No comments: