THE TRUTH ABOUT ANTI-POLISH JOKES

Jokes are not a recent cultural phenomenon but have been around since the dawn of civilization.  The oldest joke dates back to 1,600 BC and targeted an Egyptian pharoah. It went something like this:  "How do you entertain a bored pharaoh? Sail a boatload of young women dressed only in fishing nets down the Nile - and urge the pharaoh to go fishing."  No doubt Pharoah was amused. In the 1st century BC, a popular joke circulated about Emperor Augustus.  The Emperor, it was said, was touring his kingdom one day and came across a man who looked remarkably like himself.  Augustus was intrigued and asked the man, "Was your mother at one time in service at the palace?"  The man responded, "No your highness, but my father was."

The propensity for humour and jokes are ingrained in the human psyche, perhaps even part of our DNA.  Human civilization may never have progressed at all were it not for the double-entendre, puns, sarcasm, wit, anecdotes, riddles, satire, and a slew of tasteless jokes.  At the root of jokes is the human compulsion to challenge the status quo, to discredit authority,  to address taboos and faux pas. We, today, are no different from our ancient forefathers.

In it's unadulterated form jokes serve to break a tense atmosphere into one of laughter, to reveal truths that we can personally identify with, and encourage us to laugh at our own foibles and limitations. Jokes have the power to elevate our social consciousness and promote mutual understanding.  However at its worst jokes are deeply offensive and have the potential of demonizing an entire group of people based purely on racial, cultural, ethnic, gender, and religious differences.

During WW2 so called "jokes" were an essential component of the Nazi propaganda machine and were widely dispensed in the attempt to discredit Poland's reputation in the eyes of the world, as well as to destroy the morale of the Polish people.  What is particularly disturbing is that much of WW2 propaganda has survived to this day. The lies, myths and slander perpetrated against the Polish people by the Nazis (and Soviets) continue to circulate today throughout the world in the form of jokes.

Most of these jokes could be categorized as "generic"  meaning that the same joke has been applied to virtually every nation, for example the light bulb joke.  But this article seeks to address more serious and damaging slurs that people mistake for "jokes".  Though not all issues will be discussed, the major ones are as follows:

The story about the Polish cavalry attacking German tanks during World War 2 is only propaganda.  It was a myth intentionally created by the Nazis to ridicule the Polish army, and discredit them in the eyes of their allies.  There is no evidence to support this allegation.  It is a lie.

Please click on the following link for more information:

The Myth about Polish Cavalry in WW2 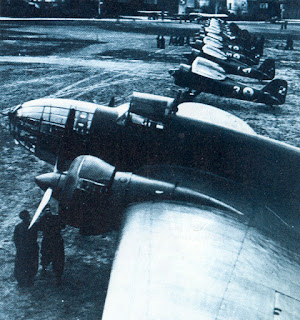 Another joke is derived from the propaganda that the Nazi "blitzkrieg" attack destroyed all Polish planes while they were still on the ground. This is also untrue.  Polish planes managed to take to the skies 600 strong, and despite their outdated planes, Polish pilots succeeded in destroying an astounding number of German planes. Tragically, the Polish Air Force was decimated as they truly were no match for the faster and more powerful German aircraft.  But the skill and daring of the Polish ace pilot is the stuff of legends - and it's all true!

For more information about these subjects, please click on the following links:

During WW2 a barrage of propaganda condemned the Polish people as inferior "untermenschen" who lacked intelligence. These were lies. It was Nazi propaganda.  Hitler's objective was to annihilate the Polish nation, as well erase all evidence of Polish culture - the Polish language, education, and Poland's rich history of art and music.  Still, today, otherwise intelligent people repeat this slander,  and ridicule Poland as a nation of lazy, uneducated ne'er-do-wells. In essence, they are perpetuating the same Nazi slurs with impunity.  It has become a joke to them.

From time to time there have been jokes made about "Polish Concentration Camps" as well as allegations that the Polish people supported the Nazis during WW2.  This is false. One has merely to read about WW2 Polish history to understand that there was no such thing as a Polish concentration camp.  When the Nazis completed construction of Auschwitz, its first prisoners were Polish Christians, though later the majority consisted of Jewish inmates.

In reality Poland has had a long and great history, despite the turbulent and violent attacks on its sovereignty and freedom.  The Sons and Daughters of Poland count among the greatest treasures of the world. Throughout millennia, Polish artists, philosophers, musicians, astronomers, scientists, mathematicians, engineers, chemists, generals, kings, explorers, poets, writers, inventors, have all contributed  to the advancements of the world as well as provide inspiration to others.

Merely one glimpse at the brilliance of Polish creativity and intellect (past and present) must surely eradicate all the malfeasance that has too long remained a scourge upon Poland's honour.


In closing I would just like to mention that the most endearing Polish motto is, I believe is "For Your Freedom and Ours". It has stood the test of time and the Polish people continue to demonstrate that they are true to their word.

Poland is our ally and friend.  Let the New Year be an opportunity for us to learn more about Poland - I promise that the experience will be enlightening and fascinating!

Thank you for visiting Polish Greatness Blog, and I wish you all a very Happy New Year 2013!!

Posted by Polish Greatness Blog at 12:59 AM No comments: