70th ANNIVERSARY OF THE WARSAW UPRISING: A TIME TO REFLECT

At precisely 5:00 pm on August 1st, 2014,  Warsaw stops and holds its breath for a minute.  It is the 70th Anniversary of the Warsaw Uprising.  As every year, the Polish people pay their respects to their fallen heroes.  It is also a time for reflection.

The Polish Underground had been planning this offensive since the outbreak of World War Two, and desperately relied on their alliance with Britain and the United States for their military intervention and war materiel. Churchill and Roosevelt responded amicably with abundant smiles and promises, but delivered too little too late. In the end Britain and the US betrayed their most valuable ally, Poland. Political expediency was the motivating factor, rather than the defence of democracy, honour and justice. Stalin was a political mastermind, and skillfully played Churchill and Roosevelt into bending to his will. Yalta was proof of that. The decades which ensued plunged the world into the Cold War, with Poland and many other nations trapped behind the Iron Curtain. The Warsaw Uprising was a catastrophic battle which lasted 63 days.

Tens of thousands of Polish Home Army soldiers were killed as well as 200,000 civilians. Nazi German armies barraged Warsaw night and day, airdropping bombs, launching heavy artillery, torching buildings, until much of Warsaw was reduced to a pile of smoldering rubble and ashes. All the while, the Red Army stood poised across the Vistula casually watching the destruction and waiting until the Nazi Germans finished their rampage. Then finally, the Russians entered Warsaw claiming to have "liberated" her.  It was really a hostile occupation under the guise of "liberation" ! Despite the heavy toll on the lives of Polish people, the events of the Warsaw Uprising is a testament to their fervent desire to be a free nation and people, and to their courage to fight against all odds. The Polish Armia Krajowa (Home Army) endured 63 days of fighting against the full military might of the Nazi Wehrmacht, while possessing few weapons and military equipment of their own.


The West still cannot fathom the devastating effects of the Warsaw Uprising, nor understand it. But the Polish people have not forgotten.  Citizens gather every August 1st at the Powązki Cemetery in Warsaw to honour the memory of the brave men, women, and even children, who fought so courageously against the invaders. The Warsaw Uprising is still very much in the collective memory of the Polish people. So too is the realization that even after 70 years, the West still remains indifferent. 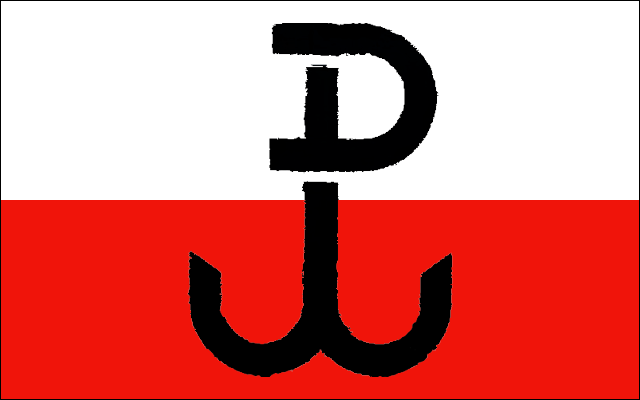