RUSSIAN ATTACK ON THE UKRAINE

Freedom is in great danger in Europe, now more than ever before.

We should have known this when Putin annexed Crimea in February and March of 2014.   Leaders of the Western world immediately orchestrated a vigorous crescendo of condemnation against Putin and his imperialistic ambitions, and attempted to thwart Russian expanisionism by instigating international sanctions. I fear that western reaction has not been aggressive enough.  The West uses merely words and insufficient sanctions, while Putin uses military might.

Among the timid, there had been the occasional suggestion of a "dialogue" or a "diplomatic solution",  which not surprisingly, did not transpire. (However, if it did, I imagine it would have played out somewhat like the Munich Agreement from September 1938, where Hitler and Mussoluni met with Chamberlain and Churchill in a mock display of diplomacy.  And Europeans heaved a  great sigh of relief that it was the sign of peace in their day. Well, that's what Chamberlain feverishly proclaimed.)  Putin would not have wasted his time with diplomacy.

Putin has the same imperialistic ambitions as did Stalin and Hitler during WWII.  Those two dictators merged their military might to invade Poland in September 1939.  On the 1st day, the Nazi German armies invaded Polish territory along its' northern, western and southern borders.   The Polish military knew of the imminent attack but were vastly outnumbered and outgunned by the Nazi German war machine.  Then on 17th day the Soviet Red Army invaded along the eastern border of Poland.  This joint invasion resulted in the total collapse of the Polish nation, and territory was split between Hitler and Stalin.

History has taught us many lessons of this era, but we did not pay attention.

The Ukraine was invaded today!  I was shocked and saddened to watch the video footage on television of bombs exploding and throngs of refugees trying to escape or seek shelter, and children crying. Many innocent Ukraines died today, upon the orders of this evil, monstrous Putin.

It is horrifying that in 2022, we are watching the outbreak of war reminisicent of that which happened in WWII.

Putin is seeking to restore Russian supremacy and expand not only on European soil, but to dominate the entire world. Putin thinks that he will succeed where Hitler failed.

Putin will not succeed as long as the West and all European nations stand strong.

I am not of Ukrainian descent, but my heart goes out to the people of the Ukraine who are in fear and desperation for their Beloved country, for Peace, for their Dearest families.  My prayers are with you all, Dear Friends of Peace.

I also pray that the leaders of the Western world, particularly, the United States government prevail with courage and power.  I pray that President Biden's decisions will be based on reason and logic. And that when decision is made to take action, that it be swift and hard.  Words are not enough to block the rampage of a delirious despot like Putin, who is bent on murdering innocent people in his path. Down with the Russia empire!  Down with Putin!

God Protect and Bless The Ukraine!! 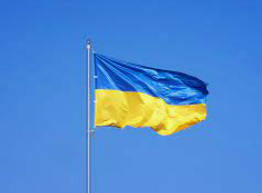 Posted by Polish Greatness Blog at 1:08 AM 2 comments: