On April 19 sixty-nine years ago, hundreds of Jewish men, women and even children of the Warsaw Ghetto launched an Uprising against the Nazi Germans. For twenty-seven days, the Jews fought with all their might bearing what few weapons and arms they had against the overwhelming Aktion of the German Wehrmacht. It was the largest Jewish resistance movement of World War Two.

On April 20, 1943, the SS Police Leader of Warsaw Ghetto sent a telegram to the High SS and Police Leader East, Cracow. It read as follows:


At 06.00 hrs. the Waffen-SS was ordered to comb out the remainder of the ghetto at a strength of 16/850.(referring to officers and men)

As soon as the units had entered, strong concerted fire was directed at them by the Jews and bandits.  The tank employed in this operation and the two SPW [heavy armored cars] were attacked with Molotov cocktails. The tank was twice set on fire. This attack with fire by the enemy caused the units employed to withdraw in the first stage. Losses in the first attack were 12 men (6 SS men, 6 Trawnicki men**).

About 08.00 hrs. the units were sent in again under the command of the undersigned. Although there was again a counterattack, in lesser strength, this operation made it possible to comb out the blocks of buildings according to plan. We succeeded in causing the enemy to withdraw from the roofs and prepared elevated positions into the cellars, bunkers and sewers. Only about 200 Jews were caught during the combing-out operation. Immediately afterwards shock-troop units were directed to known bunkers with orders to pull out the occupants and destroy the bunkers.

About 380 Jews were caught in this operation. It was discovered that the Jews were in the sewers. The sewers were completely flooded, to make it impossible to remain there. About 17.30 hrs. very strong resistance was met with from one block of buildings, including machine-gun fire. A special battle unit overcame the enemy, and penetrated into the buildings, but without capturing the enemy himself. The Jews and criminals resisted from base to base, and escaped at the last moment through garrets or subterranean passages. About 20.30 hrs. the external closure of the ghetto was reinforced...


The Warsaw Ghetto was established on October 2, 1940 by Dr. Fischer, Governor and Head of the Warsaw District. All Jews in the surrounding area were ordered to move to residences within the designated areas by the end of the month. For the next year and a half thousands of Jews were deported from nearby cities and towns and herded into the ghetto until eventually there were from 300,000 to 400,000 Jews crowded into an area of only 1.3 square miles. (3.4 squared km).

On November 16,1940, the Germans sealed the Ghetto by building a high wall around it, topped by barbed wire and guarded by armed sentries. Any Jew caught leaving the ghetto compound was shot on sight. Living conditions were deplorable; typhus was rampant, and food limited to barely 184 calories per day per person. The Jews were being starved to death. Over 100,000 ghetto prisoners died.


The first deportations began on July 23, 1942 and lasted until September of that year. It was carried out on the pretext of "relocating" the Jews to work camps, but instead they were being sent to their deaths at Treblinka. From 254,000 to 300,000 Jews were exterminated. In the beginning there was no resistance to the deportation. By the end of the year it became apparent to the Jews that the so-called deportations were a ruse. By then, the remaining Jews were determined to fight to the death.

Among several Jewish resistance groups, the largest ones were the ZZW (Jewish Military Union), the PKB (National Security Corps) and the ZOB (Jewish Combat Organization). Each rallied for support of the Polish resistance movements of the Armia Krajowa (Polish Home Army, or AK) and the Gwardia Ludowa (Polish Communist army, or People's Guard). Elements from each group joined the Jewish fighters and attacked German sectors posted near ghetto walls, and smuggled arms, ammunition and supplies into the ghetto. Despite Polish efforts the quantity of weapons supplied was woefully insufficient. (Unbeknownst to the Jewish Fighters, the Poles were planning to launch another Uprising which began on August 1st, 1944.)


The PKB supplied the Jewish fighters with 2 heavy machine guns, 4 light machine guns, 21 submachine guns, 30 rifles, 50 pistols, and over 400 grenades.  Agents of the Jewish resistance were smuggled outside to the Aryan side of Warsaw to purchase weapons on the black market. Stefan Korbonski was Head of the Polish Directorate of Civil Action (and one of the founders of the Polish Underground). In his book, "Polish Secret State", among the weapons that the Armia Krajowa donated to the Jewish Resistance, was 1 light machine gun, 2 submachine guns, 50 handguns (including magazines and ammunition), 10 rifles, 600 hand grenades with detonators, 30 kilograms of explosives (plastics received from the air drops), 120 kilograms of explosives of its own production, 400 detonators for bombs and grenades, 30 kilograms of potassium to make the incendiary "Molotov cocktails" and finally large quantities of saltpeter that were ingredients necessary to manufacture gun powder. They also provided the ZOB with invaluable assistance and instructions on how to manufacture bombs, hand grenades and incendiary bottles; how to build strong-holds; and where to get rails and cement for their construction.

(English translation)
All people are equal brothers;
Brown, White, Black, and Yellow.
To separate peoples, colors, races -
Is but an act of cheating!

On April 19th the Germans began to liquidate 35,000 Jews from the Warsaw Ghetto and were surprised by fierce resistance from Jewish Fighters. The next day the Germans brought in tanks and armoured cars in an effort to quash the revolt but the Jews continued to fight back. For the days and weeks which followed there were gunshots, explosions and grenades. By the 28th of April the Germans began to set fires to the houses in the Ghetto, systematically, one by one, block by block until the Warsaw Ghetto was engulfed in flames.


On May 6, 1943, the Polish newspaper Rzeczpospolita published a statement of the Polish Government Delegatura, which vehemently denounced the German crimes against the Warsaw Ghetto.The Delegatura paid homage to the Jewish fighters and made an urgent appeal to all Polish citizens to help the Jews escape from the Ghetto. It was a heroic appeal but few had the courage to respond.  But to have helped the Jews would have meant certain death. (In 1941, the Nazis issued an edict that any Poles who helped the Jews would be condemned to death.)

The Jews suffered heavy casualties, but continued to
fight heroically, weapons in hand. They managed to kill
over 300 Germans and wounding 1,000 more.

Throughout the Uprising the secret Polish radio station SWIT, under the direction of Stefan Korbonski made numerous radio transmissions to the allies, giving daily reports on the course of the fighting in the Ghetto, and pleading for allied intervention. But their appeals feel on deaf ears. The Uprising ended in catastrophe and enormous loss of life. Tens of thousands of Jews were captured and deported, murdered or burned alive by the Germans.


According to the underground newspaper Economic Bulletin, by May 15th, about 100,000 Jews had been killed during the Warsaw Ghetto Uprising, 2,000 industrial locations and 3,000 commercial establishments and factories were completely burned or blown up. As the Germans were liquidating the Ghetto, several Jewish commanders and fighters of the ZOB were able to escape the Warsaw Ghetto with the help of their Polish compatriots, guided through the maze of underground sewers. Many Jewish fighters joined the Polish Underground and went on to fight in the Warsaw Uprising.


The Warsaw Ghetto Uprising ended tragically, and like that of the Warsaw Uprising which followed in 1944, became symbolic of the unquenchable determination and courage of the Poles and of the Jews to fight against impossible odds - even to the death. They held fast to the conviction that is was far better to die fighting, than to die on one's knees. This blog post is in tribute to the heroic Jewish fighters, and the Polish compatriots who risked their lives to help them. 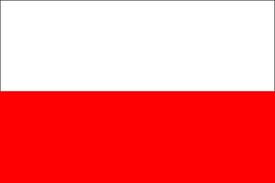