MAY 9 VICTORY DAY: CELEBRATION OF FREEDOM

On May 9, 1945 Nazi Germany capitulated and signed the ratified surrender terms. It officially ended World War II after six long years of the most brutal destruction in the history of mankind. The conflagration erupted in 1937 in the Second Sino-Japanese war, followed in Europe with the invasion of Poland by Nazi Germany on September 1st, 1939, and with battles multiplying and spreading throughout the continent like a contagious scourge: rampant destruction, deportations on a colossal scale, and wholesale butchery of men, women and children. It was the largest war ever fought comprising over 100 million military personnel, and inestimable number of war materiel. Some sources indicate that it cost approximately a trillion US Dollars (1944). But the heaviest cost of the war was the loss of military and civilian lives among the Allies and Axis powers. Over 60 million people were killed. Freedom came at such an enormous cost. Few people however realize that the Soviet Union bore the greatest burden of casualties having committed more resources than any other ally to winning the war against Nazi Germany. More than 20 million Russians (military and civilian) were killed.

Soviet troops were indeed the vanguard that led the Allies to victory over Nazi Germany. And to the victor goes the spoils they say. For the next forty-five years much of Europe, including Poland languished behind the Iron Curtain under the yoke of Soviet totalitarianism, terror and repression.That was the price paid for our freedom. There was no real "victory" at the end of WWII but rather the substitution of one evil for another.


Since 1946 Victory Day had been observed in the former-USSR and its satellite states to commemorate the men, women, and children who perished in WW2, or according to the Russians, it is referred to as the Great Patriotic War. Since the downfall of communism and the dissolution of the former USSR, May 9 was not observed as diligently among former SSR states.Only in the last several years has there been increased in interest in and awareness of Victory Day.


By 2005 the May 9 celebrations became the largest and most popular holiday in Russia since the fall of the Iron Curtain. It was only in 2010 that it gained international attention by including the participation of allied forces representing Great Britain, United States, Canada, France, Poland and many other nations. It has become a veritable showcase of military power as the Russians roll out their tanks, missiles, and APC's - and armies numbering 20,000 strong.

Though some Russian communists as well as war veterans opposed the move, Medvedev wholeheartedly supported it as a symbol of unity and solidarity and a deterrent to current threats to global security. He said that the world today must face the threat of conflicts and international terrorism, but that "humanity can only overcome these problems jointly."


The following paragraphs were modified and expanded (May 12, 2012)


These are startling words coming from the Russian government whose country invaded Poland on September 17, 1939 in a secret pact with Hitler (the Molotov-Ribbentrop Pact). Russian-Polish history has been one of bloody wars and treachery for centuries during which Poland was partitioned four times, the last time during WW2. Foremost in every Polish conscience is considerable suspicion and distrust of Russia, whose legacy is one of conquest and brutal subjugation of its neighbouring countries, in particular of Poland.

Most disturbing is the lack of cooperation by the Russian government in giving full disclosure to Poland of its secret files about the Katyn Massacre.  Parallels have been drawn between the Katyn Massacre of 1940, and the "Second Katyn" on April 10, 2010 in which the plane carrying Polish President Lech Kaczynski, his wife and 80 top level government officials crashed near the Katyn Forest in Smolensk Russia.  All were killed. They were on route to Smolensk to commemorate the 70th Anniversary of the Katyn Massacre. The Polish nation is inconsolable.

Victory Day has been for decades a Russian celebration though during the Cold War satellite states under its occupation were required to observe the holiday including Poland.  In 1945 the Communist regime decreed that the Polish Victory Day Narodowe Święto Zwycięstwa i Wolności woudl also fall on May 9th. Today, the Republic of Poland no longer observes the holiday for obvious reasons. In its place are Flag Day (May 2), Constitution Day (May 3) and Independence Day (November 11). I must mention however that I came across a video in which a small community of Polish citizens appear to be celebrating the May 9th holiday (though I cannot surmise their political affiliation).

It is astonishing that in 2010 Allied armed forces including Polish troops marched through Red Square in an apparent show of unity and strength.  Let us hope there is more substance to this vision than mere theatrics.


And what of Germany? There is no official recognition of May 9 as a holiday (though some areas in the former German Democratic Republic still continue to observe the celebration). However since 2002, the state of Mecklenburg-Vorpommern (in northern Germany) has observed May 8 as a day of commemoration for Tag Der Befreiung vom Nationalsozialismus und der Beendigung des 2. Weltkrieges. (Translation: Day of Liberation from National Socialism and the End of the Second World War.)


Rehearsals for May 9, 2012 Victory Day Celebrations 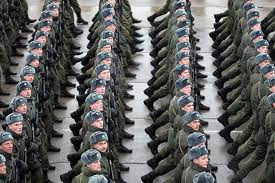 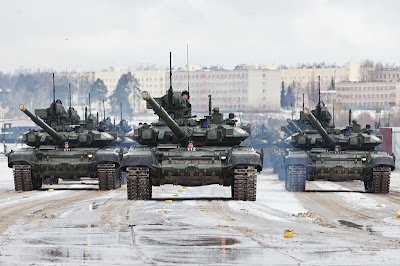