The world had never heard of GROM until their existence was first made public in 1994. A great deal of their success is attributed to the high degree of secrecy surrounding their operations. According to Lt. Colonel Slawomir Petelicki, the units first Commander, over 70% of their missions are kept top secret, as well as the identities of its rank and file. Nevertheless it is amazing to learn just a bit about the incredible world of the GROM forces, and the extraordinary missions they have accomplished. GROM, just like their predecessors in WW2, the Cichociemni, continue the battle against national and international threats and defend and uphold the principles of freedom and democracy - their motto is Tobie Ojczyzno! For Your Homeland!

The following are but a few of the operations in which GROM has participated, in conjunction with its counterparts, in key areas around the world.


On March 30, 1990 two Polish diplomats were gunned down in the Hamra district of West Beirut.  Budgan Serkis, 47 was shot in the face and stomach as he was parking his car. His wife Ewa, 30 was shot in the legs.  Serkis was in stable condition after surgery.  The Revolutionary Action Organization, the Arab Resistance Front, the Martyr Suleiman al Halabi Unit claimed responsibility and stated that it was a warning to Polish authorities to cease any assistance to Soviet Jews to emigrate from Russia.

The Polish government condemned the attack and took immediate measures to protect its diplomats and overseas employees. They then issued a statement confirming that the transport of Soviet Jews to Israel would continue despite terrorist threats. By July 13, 1990 the special elite forces GROM had officially been instituted and were ready to engage any national and international emergency. Their first mission (among others) was in transporting Soviet Jews to Israel, yet the details of the operation remain highly classified.  Nevertheless, the mission provided a clear message to terrorist criminals - that democratic and freedom-loving nations will always prevail. 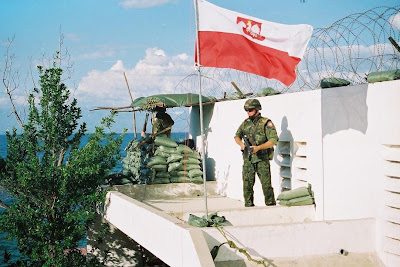 Operation Uphold Democracy was the U.S. plan to remove the military regime in Haiti that had overthrown elected President Jean-Bertrand Aristide during the 1991 coup d'etat.  An invasion was planned by joint U.S. Navy and Air Force divisions and was spearheaded by U.S. SOCOM and the U.S. 82nd Airborne Divisions.  While a massive mobilization of troops was already underway, diplomatic talks were taking place among former President Jimmy Carter, Senator Sam Nunn and Chairman of the Joint Chiefs of Staff, General Colin Powell. The U.S. diplomatic effort was a successful one, and led to the return of elected Haitian officials to power. GROM was an intrinsic part of the U.S. operation, yet completely unknown at the time. 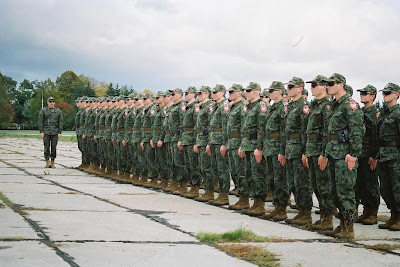 Their primary objective was the protection of foreign VIPs in Haiti including UN General Secretary Buthros Buthros Ghali and US Secretary of Defense William Perry. In one incident a mob of slum dwellers tried to stop GROM operators: a local boy had been taken hostage by a group of heavily armed gunmen. GROM units together with the US. Army Military Police stormed the building, extinguishing a fire in the process, and successfully freed the boy.

The UNTAES mission (the United Nations Transitional Authority in Eastern Slavonia, Baranja and Western Sirmium)  was established on January 15, 1996 as a result of a U.N. Security Council Resolution number 1043. Its initial objective was to monitor the demilitarization of the eastern sector of Croatia and ensure its peaceful re-integration of the territory with Croatia.  All heavy military equipment held by the local Serbs were removed, or released to UNTAES authorities for disposal. By March-June 1996, UNTAES had monitored the removal of 93 tanks, 11 APCs, anti-tank systems,  107 artillery pieces, 123 mortars, and 42 anti-aircraft guns, in addition to over 15,000 weapons and 435,000 rounds of ammunition. By August of that year, the UNTAES remained the sole military organization in the region. 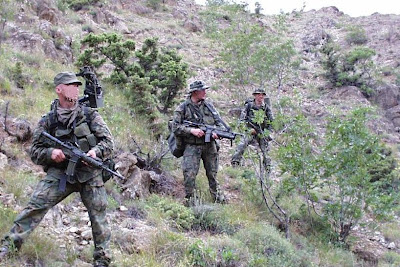 The mission was intended to last only one year but was extended until 1998.  Among its' other missions were the monitoring of  the return of refugees, establishing a temporary police force, organizing elections and the assumption of tasks related to civil and administrative services, etc.  In short, the primary aim was to contribute to the maintenance of peace and security.


The Polish special elite forces of GROM, as part of the UNTAES mission, were instrumental in the successful capture of Slavko Dokmanovic, aka, the "Butcher of Vukovar". Dokmanovic was responsible for the murder of 260 Croats. Despite being well-protected by Serb commandos, Dokmanovic was captured alive though his bodyguards were did not fare as well. Since then GROM (in collaboration with Serbian police) had captured and arrested six more war criminals in Kosovo.

Special Warfare Combatant-craft Crewmen supported GROM and Navy SEALs during interdiction operations in the Persian Gulf before the outbreak of OIF in 2003.

GROM units were stationed in the Persian Gulf in April 2002 on a mission to secure the Gulf, in particular maintaining control of vessels sailing in the zone,  ensuring the compliance of the embargo on petrol trade and the prevention of gunrunning. GROM were one of the few forces that specialised in night boarding operations. 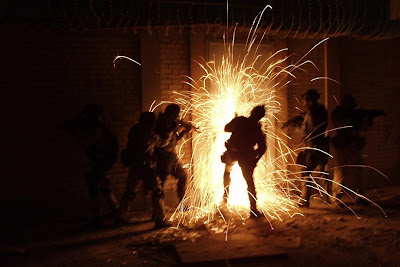 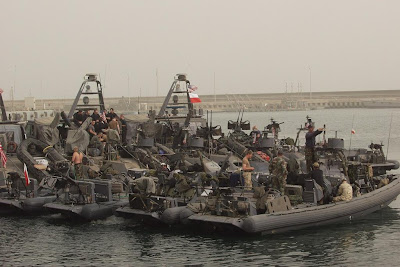 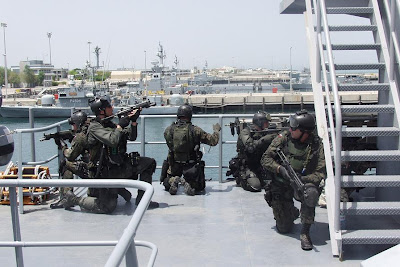 The first and most important objective of Operation Iraqi Freedom was to secure the port at Umm Qasr.  Unless that operation was successfully accomplished, it would have been nearly impossible to deliver adquate humanitarian aid to the rest of Iraq.  That this mission was accomplished is due in large part to GROM forces.

GROM troops were responsible for hunting down and arresting supporters of Saddam Hussein and Al-Qaeda. Since much of the operations were conducted at night, they were successful in arresting dozens of men who were known to have worked closely with Hussein. The Iraq mission lasted until December 2004. 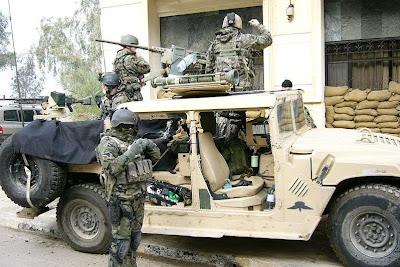 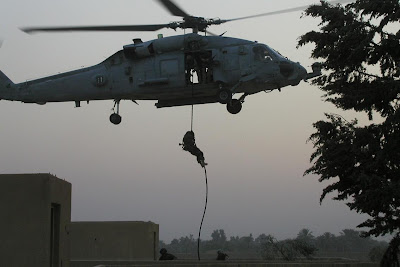 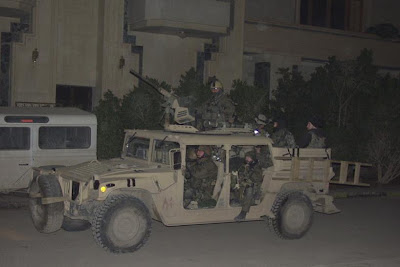 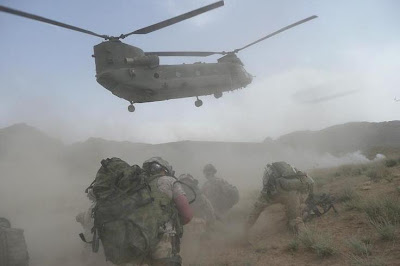 GROM operatives conducted a reconnaissance mission in 2001 in preparation for the arrival of Polish military forces. They collaborated with Polish and multinational forces and have functioned as Special Task Force # 49, stationed in Ghazni Province, one of the most violent provinces in Afghanistan.  MIssions include VIP bodyguard duty, protecting bases, and "other duties". 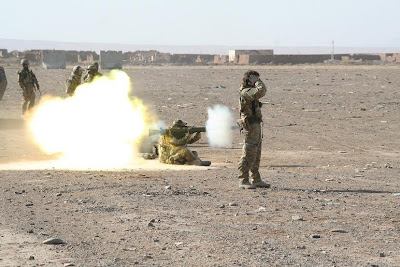 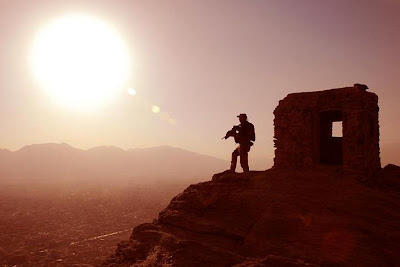