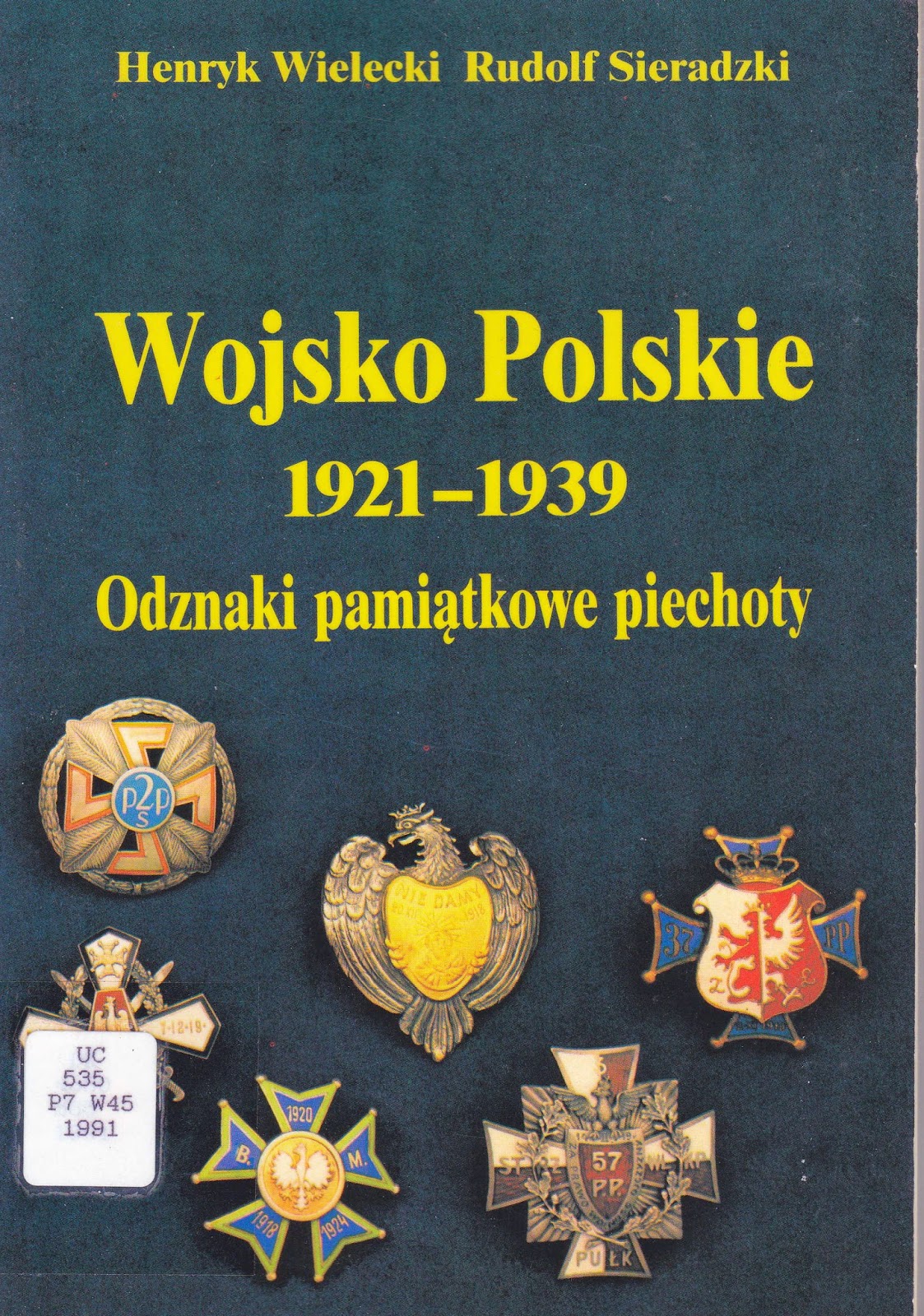 
Military badges of WW2 have always held an immense fascination among historians and WW2 artifact collectors. In particular, Polish military badges have a very rich history going back to the early half of the 19th century.  Needless to say, these medals held a greater appeal than decorating war heroes - they are symbolic of the spirit of the oppressed Polish nation.

Poland has had a turbulent, rather a catastrophic historical past, having been partitioned four times in its thousand year history, invaded by and oppressed by its neighboring enemies, Prussia, Austria, Germany and Russia.

After the 1917 February revolution, many Polish badges features various designs of eagles.  Initially, these eagles were not worn on caps but were pinned onto the left breast pocket of the uniforms.  Eagle insignia worn by regiments indicated their number. However, those worn by brigades and staff personnel carried roman figures carved on small enamelled shaulds, and were mounted with the amazon shield.  Engineers and artillery divisions had their own emblems.

During the first half of 1919, the Polish Army in France, had as its emblem, a silver gothic eagle design, carved within a rhomboid frame.  This insignia was worn not only by Polish officers but also those of allied counterparts.

At the close of WWI,  there were a vast number of badges given to regular and volunteer units of Polish servicemen who fought on all fronts, as well as  to recognize their struggle to re-establish a Polish nation-state;  to commemorate the Greater Poland Uprising and the Silesian Uprisings and the internment of Polish legions.

With the increase in production of badges and insignia, detailed regulations were established to specify the protocol involved in their display.  For example, in June 1921, it was declared obligatory that all badges we worn below any decorations, specifically between the top flap of the breast pocket and the belt (for officers), and positioned 15cm below the collar level of the tunic (for all other ranks).  From 1928, all badges were required to have a screw back attachment.  In an effort to avoid "overcrowding" the tunic with badges, it was held that the maximum number that could be worn was only three, the selection at the discretion of the individual.

Given the exquisite quality of design of many of these badges, it is remarkable that the designs were actually drawn by amateurs. These designs were in turn forwarded to the Minister for Military Affairs for approval. Great care was taken to filter out any designs which were similar to existing insignia (however there were exceptions to the rule: the Polish Order of Military Virtue, the Cross of Valour, Cross of Merit, the Russian Order of St. George, and the French Legion d'Honneur.)

Since 1928 the custom evolved to award badges not only on the Regimental Day but also on the 15th of August, ie Soldiers Day. However, the award ceremony could also be held on other appropriate occasions, at the discretion of the CO.


At the end of WWI, and following Poland's resurgence as a nation-state, her armies rallied again to establish defenses.  No sooner had WWI ended, than the Russian-Poland War (1919-1920) began.

The most common element of badges was the cross.  Examples are, Polish orders and decorations such as Virtuti Militari, Cross of Valour, Cross of Merit, Independence Cross and the Polonia Restituta. Following the cross, the dominant feature was the stylized eagle.

The colors used often represented the Polish infantry unit of that division.  White was often used as a symbol of purity of military virtue.


Many badges included the design of weapons typical to the military unit, such as rifles, bayonets, machine guns, and helmets, even swords and hunting horn. Also the addition of the laurel wreath, which symbolized victory; and the oak wreath, which symbolized the spirit and strength of the regimental unit. There was even a religious infantry badge, which featured Our Lady of Ostra Brama. It was awarded to the 85th Wilenski Rifle Infantry Regiment.

One very interesting badge featured the symbol of the swastika.It was the badge of the 6th Highland Rifle regiment. Its swastika depicted the Highlander's axe-headed stick and fir sprig. Unbeknownst to many people, this design has existed in Poland since pagan times, and symbolized prosperity, home fire and family life. It is part of the folk art of the Podhale region of Poland and is a talisman against evil and ushering in of good luck. Quite a departure from the symbolism of the Nazi swastika.


When badges received final approval, their designs were submitted to the manufacturer who prepared the dies. The badges were struck in tombac, (a brass alloy with high copper content) which made it easy to stamp and gild. Silver badges were given to officers, usually of 930 quality silver. Many badges consisted of several pieces, which were assembled and held together with tiny rivets.  The badges were produced by various jewelers located in Warsaw, Krakow, Wilno, Lwow, among others.


Posted by Polish Greatness Blog at 12:00 AM