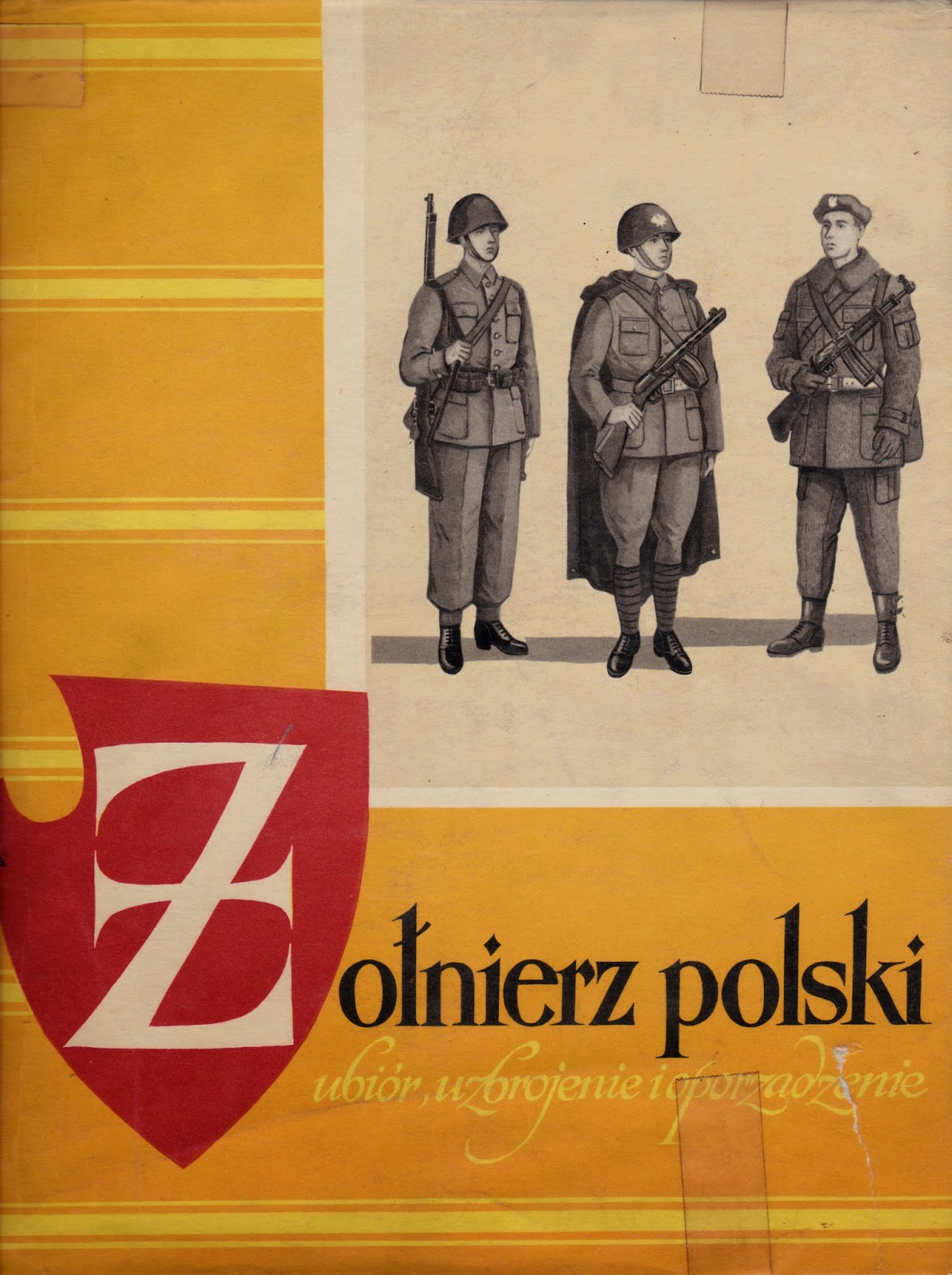 Zolnierz Polski is a rare gem of a book illustrating Polish military uniforms of the World War II era, as well as that of the Polish People's Army. Each of the uniforms was drawn in minute detail - representing military dress of Polish fighting men - of land, sea and air. In addition to Polish uniforms, the book also contains drawings of weapons, ammunition, insignia, badges, medals and more! There is no other book like this on the web - or in the world!

When Poland was invaded by Germany and Russia in September 1939, the Polish army evacuated and eventually made its way to France, where they fought alongside their French allies. The uniforms worn by Polish soldiers were anything but "Polish" , and was decidedly French in design. But when France fell to the Nazis, the Polish armies fled to Britain and served under the British Army. Their uniforms were British design, but had the addition of distinctive "Poland" appliques on each sleeve. In this blog post, I have included just a few of the images presented in this book. Information about publisher of this book will be presented at the very end of this special series.

Many people do not realize that Poland was the 4th largest ally in World War II. What Poland lacked in numbers, they made up for in military skill, prowess and phenomenal courage and guts. The Polish soldier, then as well as now, is committed to fighting for freedom - and believes that there can be no freedom if others are languishing in chains.

Their motto has been and always will be - For Your Freedom and Ours. 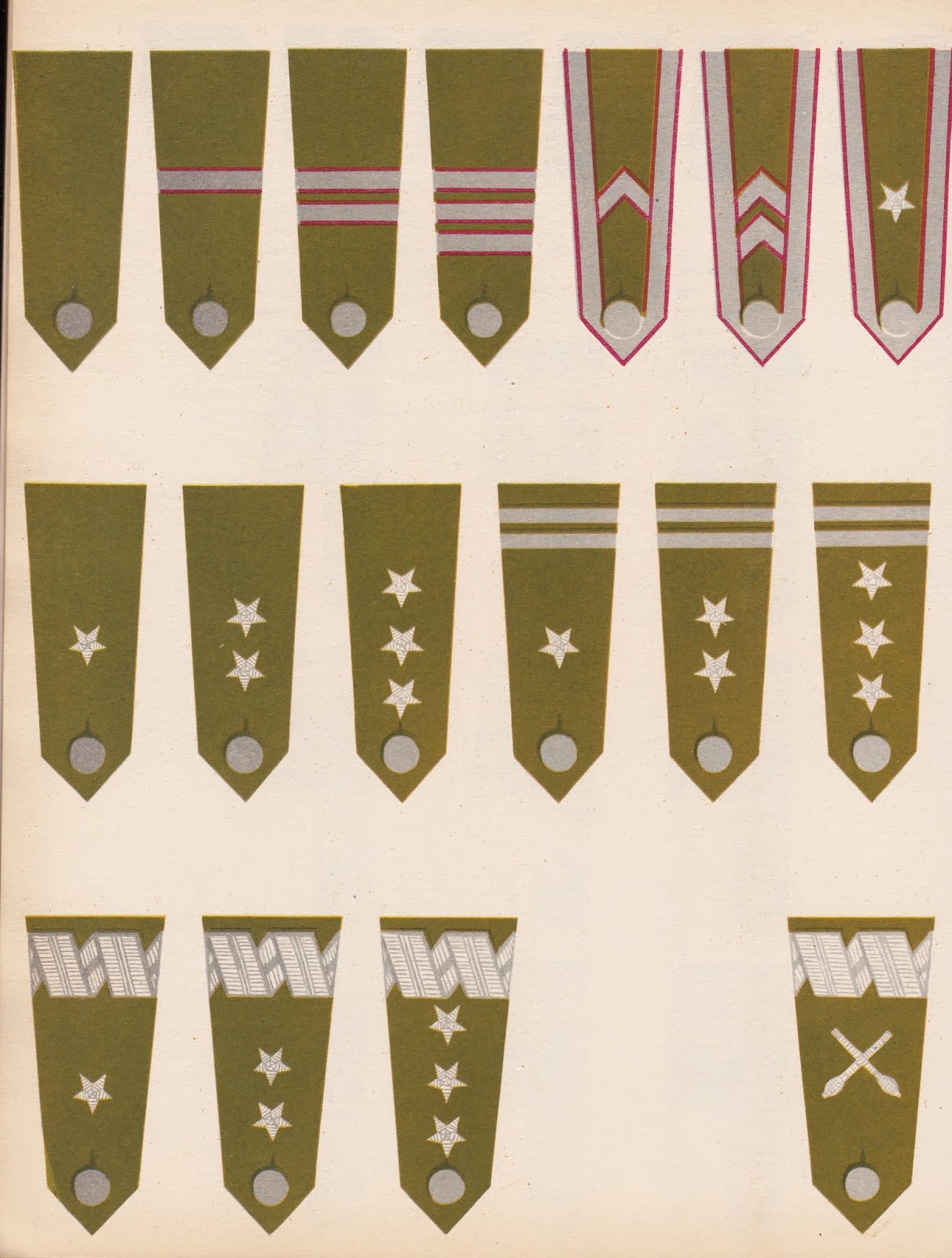 Army 1939
Signs degrees on the epaulettes of jackets and coats trace troops and aviation. 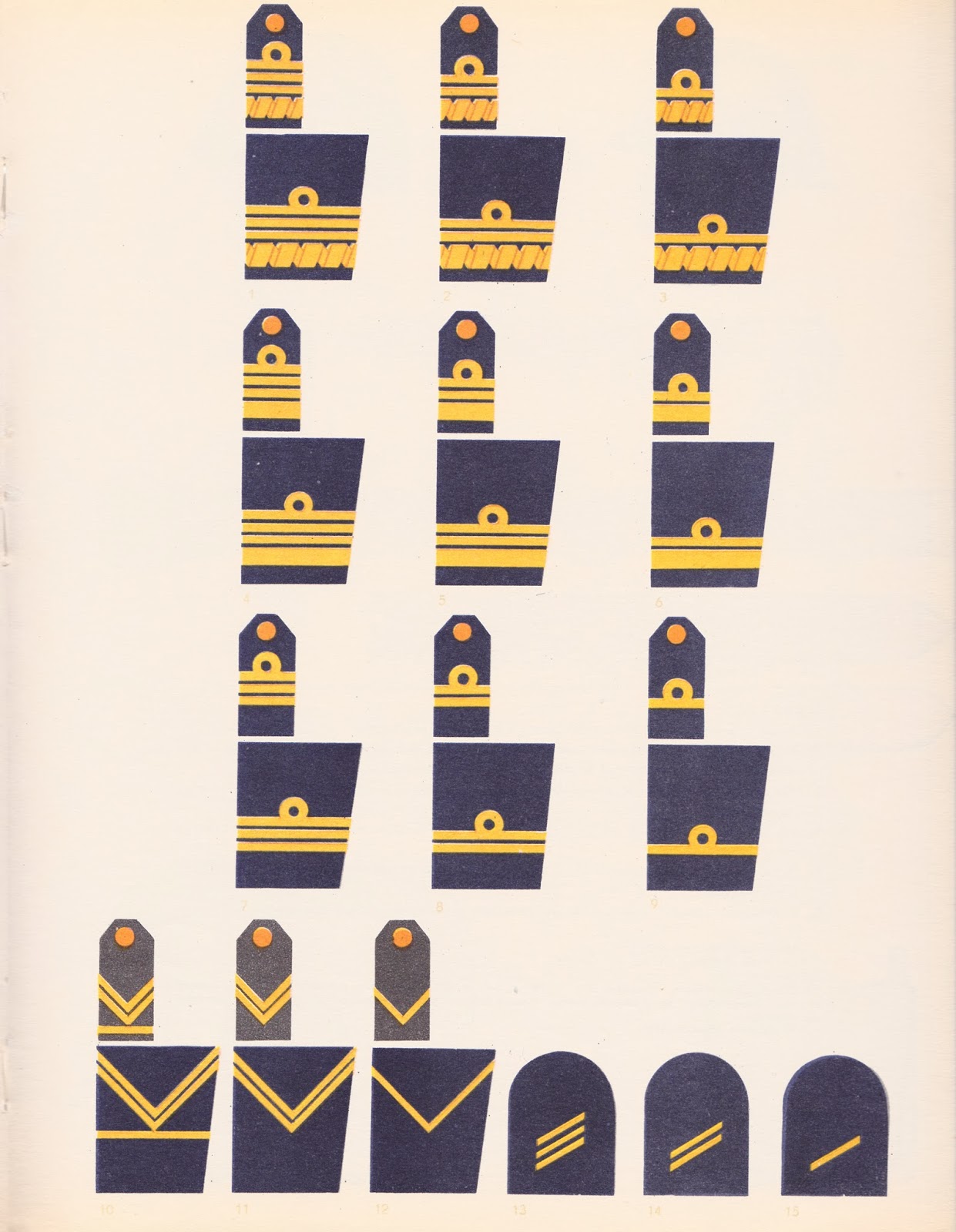 Polish Navy 1939
Signs degrees on the epaulettes and sleeves Navy. 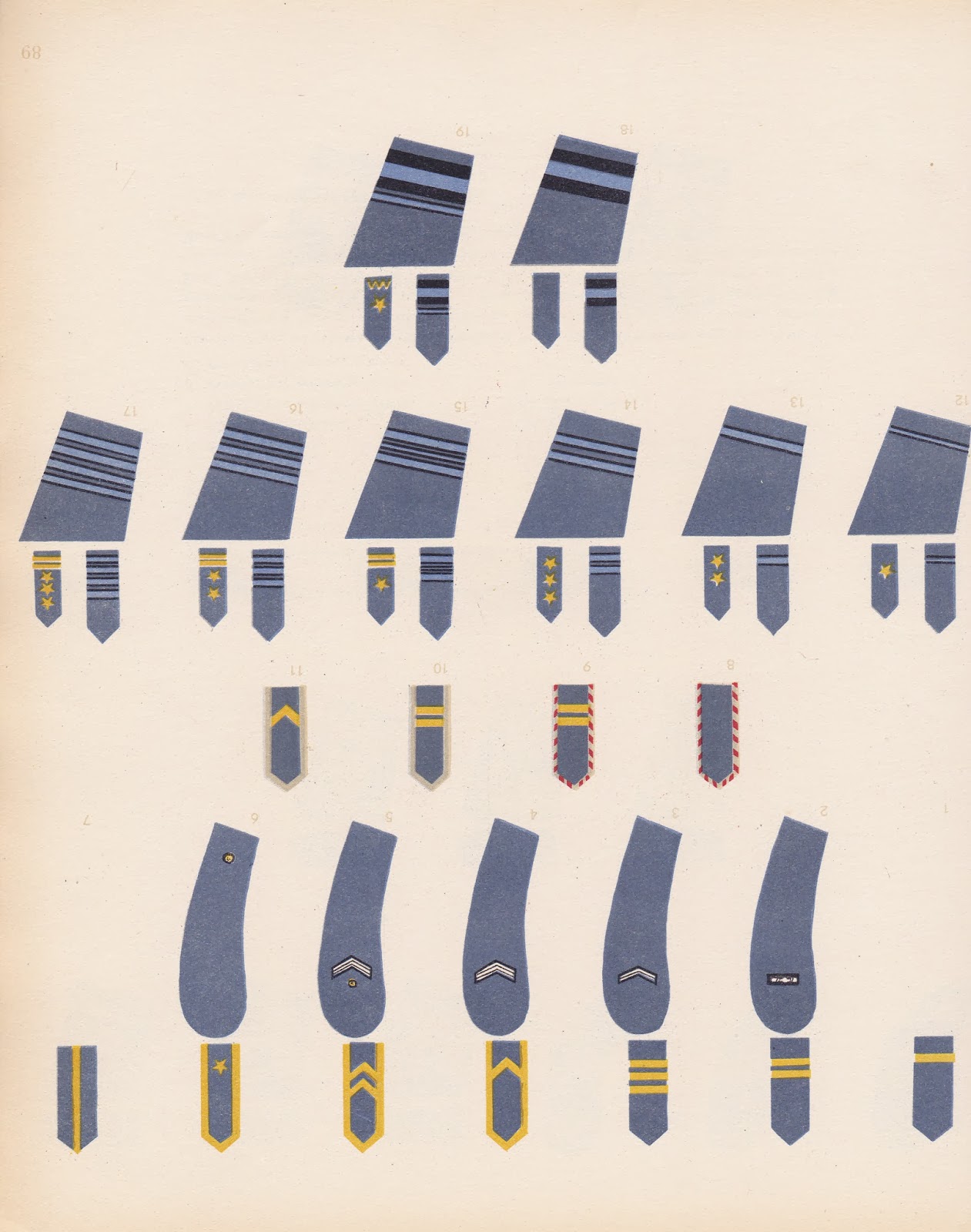 Polish Air Force in the West 1941 - 1945
Signs degrees on the epaulettes sleeves and collars . 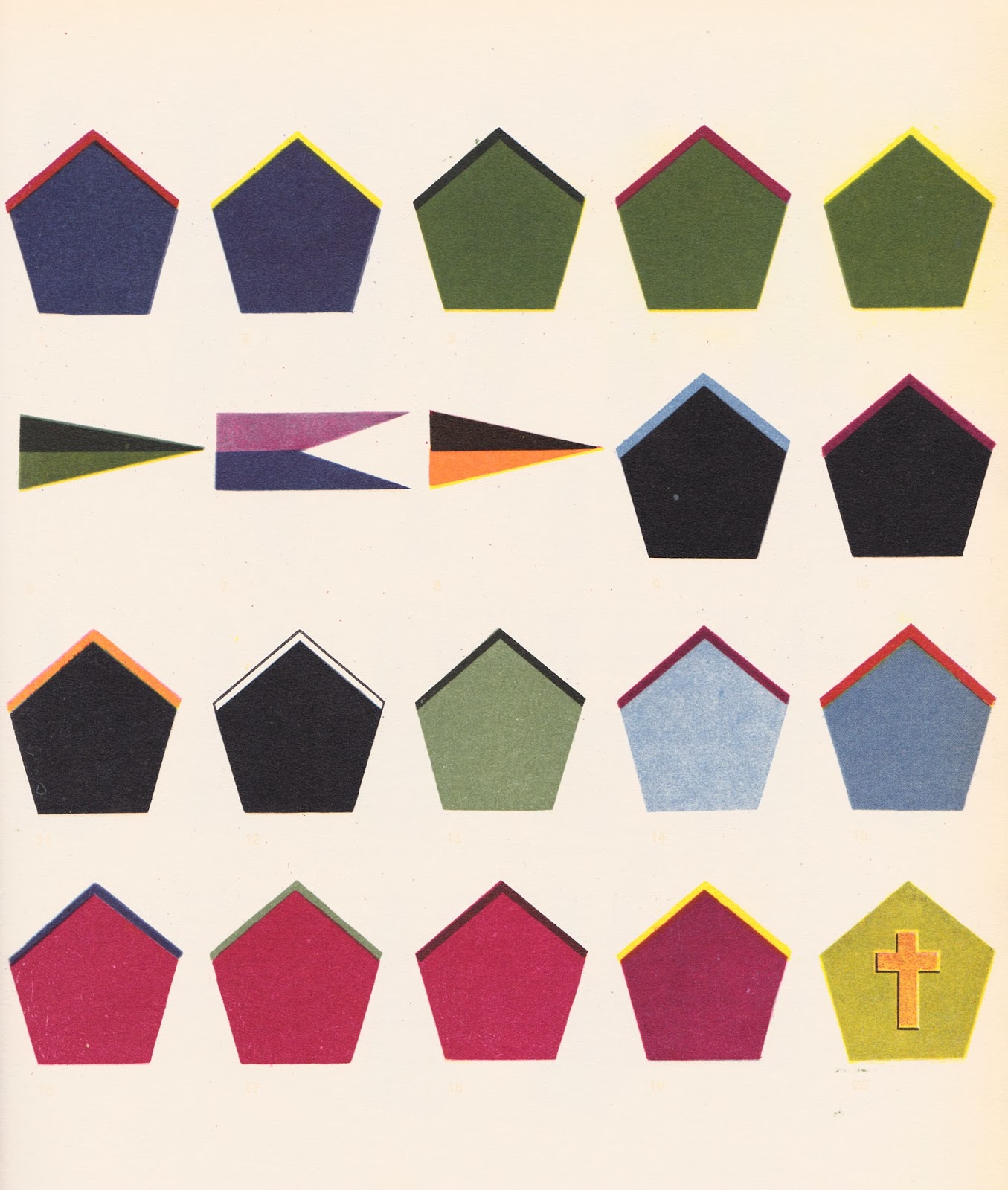 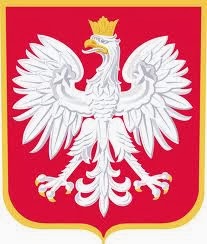