Famous Polish composer Henryk Górecki died in Katowice on November 12, 2010. He was 76.  Gorecki received international acclaim for his works, in particular, Symphony No. 3, Opus 36, also known as the Symphony of Sorrowful Songs. He wrote it to commemorate the murdered victims of the Holocaust.  It is a masterpiece of musical genius in which Gorecki seems to have woven the souls of humanity amidst melodic notes too sorrowful for any language to express. It is a treasure that will endure through time.

The "Symphony of Sorrowful Songs" (Symfonia pieśni żałosnych) was arranged in three movements, for orchestra and solo soprano. The libretto for the first movement was taken from a 15th century lament,  the second movement used the words of a teenage girl, Helena Błażusiak, which were written on the wall of a Gestapo prison cell in Zakopane to invoke the protection of the Virgin Mary.  The third movement used the lyrics of a Silesian folk song about the pain of a mother searching for a son killed in the Silesian uprisings. The first and third movements were written from the perspective of a parent who lost a child while the second movement is about a child separated his parent. The Symphony became an international success, both critically and commercially and sold more than a million copies. No other 20th-century composer had ever exceeded it even during a lifetime of recordings. 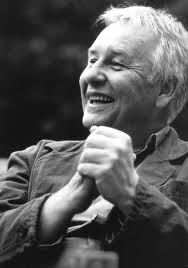 Among the many awards and honours bestowed on Gorecki was also an Honorary Doctorate from Concordia University, in  Montreal, Canada.  Concordia Professor Wolfgang Bottenberg described him as one of the "most renowned and respected composers of our time", and stated that Górecki's music "represents the most positive aspects of the closing years of our century, as we try to heal the wounds inflicted by the violence and intolerance of our times. It will endure into the next millennium and inspire other composers". In 2008, Gorecki received another Honorary Doctorate from the Music Academy in Krakow. At the awarding ceremony a selection of the composer's choral works was performed by the choir of the city's Franciscan Church.


"I do not choose my listeners. What I mean is, I never write for my listeners. I think about my audience, but I am not writing for them. I have something to tell them, but the audience must also put a certain effort into it. But I never wrote for an audience and never will write for because you have to give the listener something and he has to make an effort in order to understand certain things. If I were thinking of my audience and one likes this, one likes that, one likes another thing, I would never know what to write. Let every listener choose that which interests him. I have nothing against one person liking Mozart or Shostakovich or Leonard Bernstein, but doesn't like Górecki. That's fine with me. I, too, like certain things."