Since the end of the September Campaign of 1939, the Polish Underground was already planning for an uprising against the German occupiers. It was to begin only once the Allies were approaching Warsaw, and when Germany's defeat was imminent. Poland's freedom and independence relied entirely on Allied support and cooperation and the Polish government-in-exile had no doubt that the British government was true to its word. According to the Agreement between the two countries, signed on August 25, 1939, both pledged to provide one another with all their support in the event of hostilities from another Power. 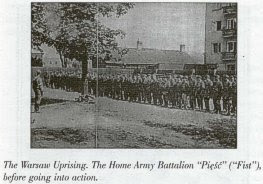 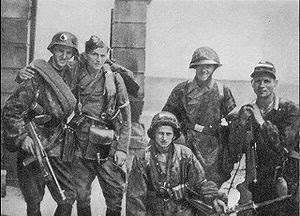 The Polish government-in-exile made numerous attempts to confer with Britain on laying the groundwork for a future offensive. Churchill gave the Poles every assurance that Britain would defend Poland at the crucial time. But unbeknownst to the Polish government, England had a hidden agenda. A British Chiefs of Staff report disapproved of any military action taken by Poland because, " it would be politically unacceptable [for Poland] to undertake any such measures without the approval and cooperation of Russia." Furthermore the report made a recommendation that this policy not be mentioned to Poland.

The Home Army sent frequent messages to London requesting that Polish military units be deployed to Warsaw, including their own 1st Polish Independent Parachute Brigade. Britain had control of almost all Polish military troops on land, sea, and air. The Polish request was denied. Churchill applied considerable pressure on the Polish government to give their consent to deploy the Parachute Brigade for battle in the D-Day operations. In exchange, Churchill promised that England would provide assistance in the Uprising, and make “every effort to find aircraft to transport the brigade to Poland.

On August 1, at 5:00 p.m. over 50,000 Polish underground fighters, under the command of Colonel Monter began conducting assaults on German positions, simultaneously all over Warsaw. Only 10% of the Home Army was sufficiently armed. They had the support and cooperation of numerous other underground regiments: the National Armed Forces (NSZ), the Polish People's Army (PAL), the People's Army (AL), and the Security Corps (KB), in addition to numerous partisan groups. Facing them was the German Wermacht comprising 70,000 soldiers backed by bombers and tanks. Before August 3, the Polish fighters successfully captured a series of complexes in Warsaw's most important boroughs: Srodmiescie, Powisle, part of Czerniakow, Zoliborz, Mokotow, the Old Town, Wola, Sadyba, and parts of Ochota and Praga. The Poles made significant advances but could not overtake all the German
strongholds for lack of ammunition. 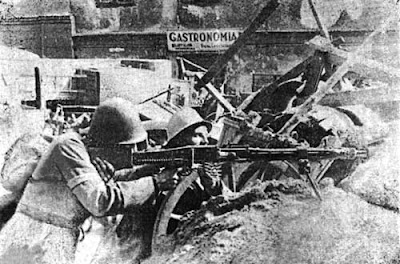 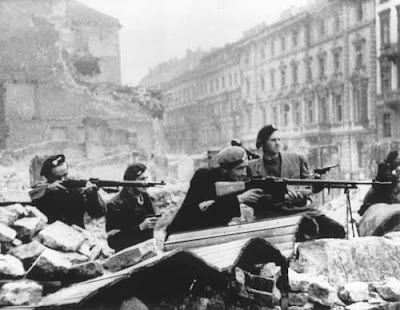 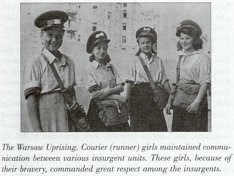 On August 3, Stalin promised the Polish Prime Minister Wladyslaw Mikolajczyk that the Red Army would fight the Germans if the uprising would last for at least 6 days. The Uprising lasted for all of 63 days, but the Soviets did nothing to help the Polish fighters.


On August 8 and 9, Churchill pressured Air Marshal Slessor to resume flights, but this time using only Polish crews. The drops were successful and throughout the next week 90 more Polish, British, and South African crews flew over the Warsaw area dropping supplies and ammunition. But by the end of the week it was too late. The Germans had reinforced their anti-aircraft defenses. Seventeen of the ninety planes were shot down, others were severely damaged. Many of the supplies that were air dropped, landed in German-controlled areas. British Command denied further requests by Polish airmen to fly to Warsaw.


The fiercest battle took place in the Old Town (Stare Miasto), where German troops used rail-mounted howitzers. In only two weeks of battle, more than 4,000 tons of German bombs were dropped on an area no larger than 3/4 square mile. From August 19 onward, Germans attached the Old Town, but were not able to recapture it until September 2. 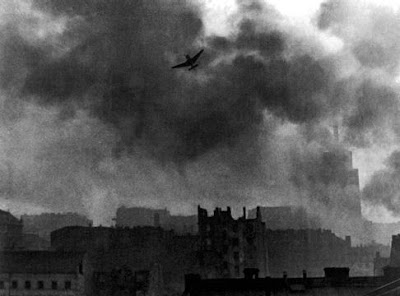 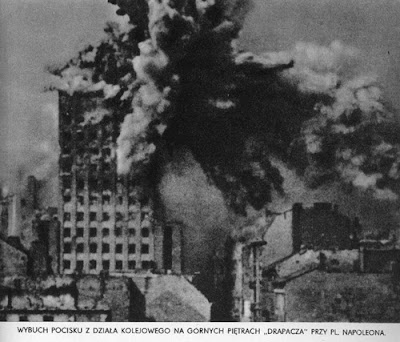 News of the devastation on Warsaw and its people did not reach the West.

While the Poles were in the midst of the most hellish of battles, the world was celebrating the liberation of Paris. Churchill had put a publicity ban on all media during the Uprising. Later, he denounced the press for having maintained silence. He lied to the public about the true nature of the Soviet Union, and promoted the Polish people as trouble-makers, and the Soviets as good-natured saviours. Roosevelt was equally deceptive. Of the nine press conferences that he held, he did not mention one word about the Uprising. When the news about the Uprising leaked out to the Press near the end of August, Roosevelt claimed that he didn’ t know much about it.

Over 100 American planes dropped 1,350 canisters over Warsaw, filled with ammunition, food and medicine but many of the canisters drifted into German occupied zones and were confiscated by the Nazis. The AK managed to receive only 20% of the supplies. Britain and the U.S. treated this so-called "rescue mission" as a great success and praised Stalin for his collaboration. The public was not aware of the situation. 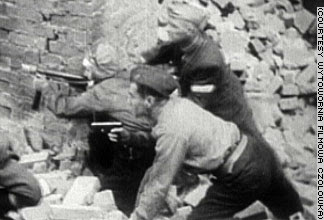 Stalin also sent supplies to Warsaw, albeit for propaganda purposes. The canisters however were hurled out of the planes without parachutes so that when they hit the ground, their contents were smashed to pieces. It was deliberate sabotage of the worst depths of human depravity.

No military reinforcements were dispatched. The British continued to stone-wall, claiming that "no transports could be spared". They did have transport available but they sent the 1st Polish Independent Parachute Brigade to fight in Operation Market Garden - a battle that turned out to be a suicide mission. It resulted in the slaughter of the Parachute Brigade.

General Sosabowski had previously warned the Allies not to embark on this mission but it fell on deaf ears. He turned out to be right. Irregardless, British Command targeted Sosabowski as a scapegoat and blamed him for the debacle. He was then released from command.

On September 19, the Russian troops began firing on the Germans, driving them westward.  As the Germans retreated, they used flamethrowers to destroy whatever was left standing in Warsaw.  Within days the Red Army captured Warsaw.

On October 3, 1944, at 8:00 p.m., General Bor Komorowski signed the surrender at German headquarters. The Warsaw Uprising, which lasted for 63 days, came to an end. 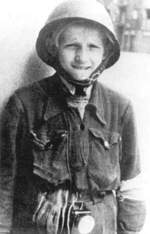 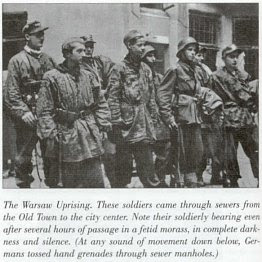 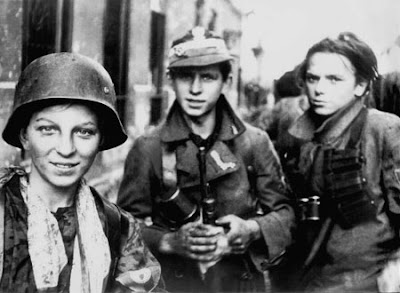 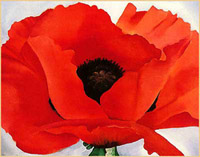