The Personal Notes and Diary of Eugeniusz Melech
Written in English, Before, During and After the
Powstanie Warszawskie - The Warsaw Uprising
(compiled and edited by Lester P. Gideon)

The Warsaw Rising
Poland In Exile.com

History of No. 301 Polish Bomber Squadron
by Wilhelm Ratuszynski

German Crimes Committed During the Warsaw Uprising Part I
Document compiled by Dr. S.D. Stein
Faculty of Humanities, Languages and Social Sciences
University of the West of England, Bristol

On the Front Lines: Interview with Wladyslaw Bartoszewski
Former Minister for Foreign Affairs & Participant and Historian
of the Warsaw Uprising
September 1, 2004 The Warsaw Voice online

A GERMAN SOLDIER'S PERSPECTIVE OF THE WARSAW UPRISING 1944
by Wlodzimierz Nowak and Angelika Kuzniak  23-08-2004
(reprinted on Polish Greatness.com website)

The Kampinos Group
by Ezy.Ryder

THE WARSAW UPRISING OF 1944
by Wlodzimierz Borodziej and Barbara Harshav

That the Nightingale Return: Memoir of the Polish
Resistance, the Warsaw Uprising,
and German POW Camps
by Leokadia Rowinska

A Memoir of the Warsaw Uprising
by Miron Bialoszewski, and Madeline Levine

To Hope Or Die: From Warsaw Uprising
to Sachsenhausen Concentration Camp and After, Memoirs of a Survivor
by Edmund Szybicki

Lack of Outside Support during the Warsaw Uprising
by Frederic P. Miller, Agnes F. Vandome, and John McBrewster

Airlift to Warsaw: The Rising of 1944
by Neil D. Orpen

Rising: The Battle for Warsaw
by Norman Davies

The Warsaw Rising of 1944
by Jan Ciechanowski

Poland Alone: Britain, SOE and the
Collapse of the Polish Resistance 1944
by Jonathan Walker

Krystyna: The Tragedy of Polish Resistance
by Simon Wiesenthal

The Civilian Population and the Warsaw Uprising of 1944
by Joanna K. Hanson

When God Looked the Other Way: An Odyssey of War, Exile and Redemption
by Wesley Adamczyk 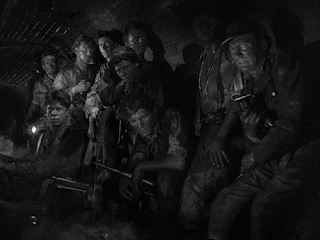 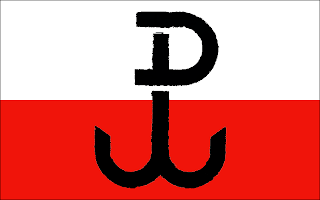 Posted by Polish Greatness at 12:42 AM