The Polish Underground Resistance during World War II was the largest of it's kind in Europe. It consisted of numerous divisions of the Armia Krajowa (AK), the Home Army which reached over 400,000 combattants at the height of its operations.

Their primary objectives were that of sabotage, subversive activities and intelligence. According to estimates, the Polish Underground succeeded in destroying and significantly delaying at least one eighth of German transports to the Eastern Front. Moreover, activities of the AK were responsible for the deaths of approximately 150,000 Nazi Germans, including scores of key high-level SS Nazi officers.

The allied war effort owes its success to the many significant contributions made by the Polish Underground. It was a team of Polish mathematicans who cracked the Enigma Code. Before WW2 had even started, the Poles had already cracked the Code and had reconstructed working copies of the Enigma and gave the Polish-made Enigmas to British and French authorities just as the war broke out. Of the total reports received by the British SOE during the war, 43% were supplied by Polish Intelligence units. Most spectacular was the discovery of a crashed V-2 Rocket which was salvaged by members of the AK and subsequently shipped to London for further analysis. And it was the Polish Underground, in particular Witold Pilecki,that provided the allies with documented proof that the Nazi Germans were exterminating the Jews.


But nothing has captured the attention and imagination of the public more than the secret Polish forces of World War II. They were called the Cichociemni, the "Silent and Dark Ones". These men (and women) were a special breed of Elite soldiers, parachutists, and espionage operatives. There were over 350 Cichociemni operating throughout Europe - particularly in Poland during the Warsaw Uprising. The following lists just a few of the most famous of the Cichociemni. This series is a Tribute to them all, for their incredible Courage, Sacrifices and Honour. 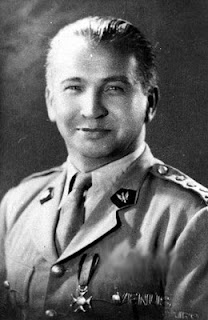 Leopold Okulicki "Niedźwiadek"
Rank: General
Dropped: March 14, 1943
Okulicki was Deputy Chief of Staff of the Armia Krajowa and Commander of the Nie organization. He was arrested by the NKVD and tortured to death
in Lubyanka prison in Moscow on December 24, 1946. 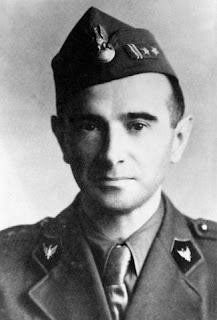 Kazimierz Iranek-Osmecki "Antoni"
Rank: Colonel
Dropped: March 14, 1943
He was Commander of the 2nd Detachment of the Armia Krajowa General Staff (Intelligence and Counterintelligence), discovered the German V-1 and V-2 testing facility at Peenemünde. Fought in the Warsaw Uprising. 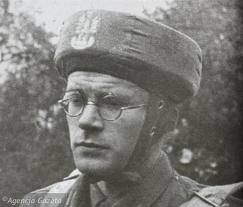 Baluk was a specialist in document forgery and microphotography; an operative of legalization section 'Agaton'; part of the intelligence operations of Armia Krajowa.
During the Warsaw Uprising he was Deputy Commander of 'Agaton' Platoon,
and finally commander of 'Communications Unit 59',
a detachment protecting the AK General Staff. 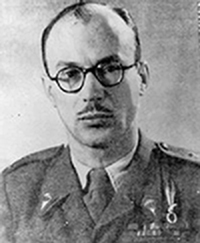 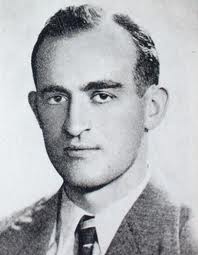 Adam Borys "Plug"
Rank: Captain
Dropped: October 2, 1942
Borys organized the Agat group which was fighting against the Gestapo. The best known mission was the assassination of Franz Kutschera the Reich's Police Chief in Warsaw in an action known as Operation Kutschera. 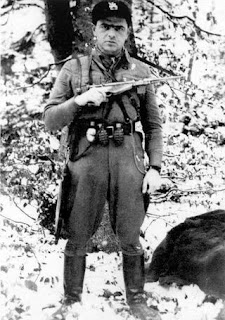 Jan Piwnik "Ponury"
Rank: Major
Dropped: November 7, 1941
Piwnik dropped into Poland on November 7, 1941. He was the commanding officer of KeDyw of Radom-Kielce district of the Home Army. He organized a large Home Army unit called Zgrupowania Partyzanckie Armii Krajowej "Ponury".
Piwnik was KIA on June 16, 1944 near the village of Jewlaszcze. 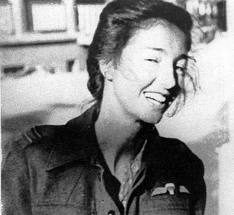 Krystyna Skarbek "Christine Granville"
Rank: Captain (Flight Officer)
Dropped: July 6-7, 1944
Skarbek was a Polish SOE agent and became a legend in her own time
for her daring expolits in intelligence missions in Nazi-occupied Poland and France.
In December 1939 she skied over the Tatra Mountains into Poland. She also helped organize the routes whereby Polish couriers brought intelligence reports from Warsaw to Budapest. She was the longest-serving of all SOE agents. 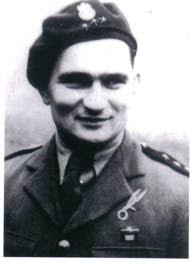 Adolf Pilch "Gora"  "Dolina"
Rank: Warrant Officer
Dropped: February 17, 1943
Pilch was the organizer of a 1000-strong cavalry partisan unit in the Nowogródek area;
they broke through to the Kampinos forest near Warsaw and liberated it with his men;
they fought 235 battles between June 3, 1943 and January 17, 1945. 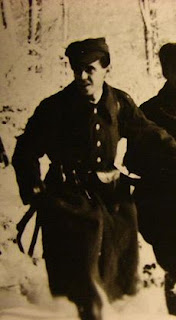 Hieronim Dekutowski "Zapora"
Rank: Major
Dropped:  September 2, 1942
On the night of September 17, 1942, Dekutowski took part in Operation Neon 1 together with Bronisław Rachwał "Glin" and Kazimierz Smolaker "Nurek". He started out as a staff officer in the Home Army outfit under the command of Tadeusz Kuncewicz "Podkowa" but was eventually promoted to Commanding officer of 4th company of 9th Pułk Piechoty Legionów AK of the Local Inspectorate of the Home Army "Zamość". His unit was involved with sabotage and fighting against the German anti-partisan units but he also organized hideouts for Jewish refugees in his partisan camps. After the war he joined Wolność i Niezawisłość. He was arrested and tortured by communist state police, the Urząd Bezpieczeństwa. On November 3, 1948 he was subjected to a mock trial and sentenced to death.He was executed on March 3, 1949. His burial place is not known. 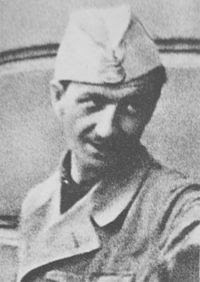 Stanislaw Jankowski "Agaton"
Rank:  Lieutenant (later Captain)
Dropped:  March 3, 1942
Jankowski was a forgery specialist and assisted in the organization of the Home Army's document forgery department, codenamed 'Agaton section';  commander of 'Agaton Platoon' during the Warsaw Uprising; later adjutant to the Home Army's C-in-C.
He survived the war to became a notable architect. 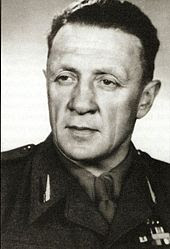 Boleslaw Kontrym "Bialy"
Rank:  Major
Dropped: September 2, 1942
Kontrym was the organizer of the the secret Polish forces, the Cichociemni,
and fought in the Warsaw Uprising. He was decorated with the Silver Cross of the Virtuti Militari, Cross of Valor (3x), Commander's Cross of the Order of Polonia Restituta (posthumously in 2009),  Croix de Guerre, among many others. After the war he was arrested by Urząd Bezpieczeństwa and executed in January 1953. 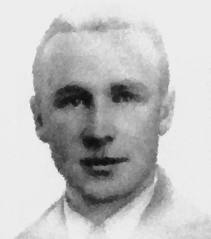 Jozef Czuma "Skryty"
Rank: Lieutenant
Dropped: February 18, 1943
Czuma was the organizer of a partisan unit of his name in the Warsaw area.
On July 12, 1944 he was arrested by the Gestapo and tortured to death in Pawiak prison. 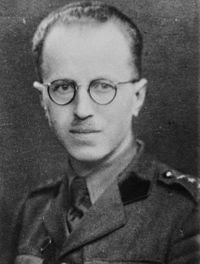 Maciej Kalenkiewicz "Kotwicz"
Rank: Lieutenant-Colonel
Dropped: December 28, 1941
Kalenkiewicz was an organizer of the Cichociemni and the main strategist of
Operation Ostra Brama. He fought in the Battle of Surkonty against NKVD forces
and was KIA on August 21, 1944. 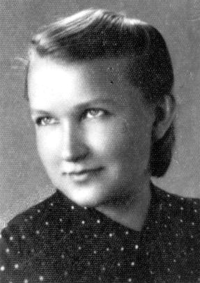 Elzbieta Zawacka "Zelma"  "Zo"
Rank:  Brigadier-General rtd (Honorary Rank)
Dropped: September 10, 1943
Zawacka was an SOE agent and (one of) the female Cichociemny agents to be dropped into Nazi-occupied Poland. She served as a courier between Home Army HQ and the Polish government in exile. She also organized routes for other AK couriers. She fought in the Warsaw Uprising. After it's capitulation, she continued her underground activities in Krakow. In 1951 she was arrested and tortured by Urząd Bezpieczeństwa and sentenced to prison for 10 years for treason and espionage, but the sentence was shortened and she was released in 1955. Zawacka then embarked on academic research and earned a doctorate degree from Gdansk University. She has been decorated with numerous medals including the Silver Cross of the Order of Virtuti Militari (2x), Cross of Valour (5x), Order of Polonia Restituta, Order of the White Eagle (1995) and others. 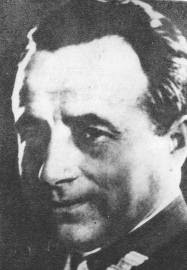 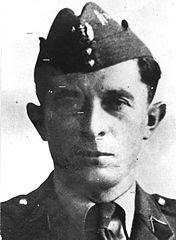 Henryk Krajewski "Wicher" "Trzaska"
Rank: Lieutenant Colonel
Dropped: January 6-7, 1942
Krajewski planned the strategy and participated in the Operation Wieniec (wreath) in which his team conducted successful sabotage of  6 railway lines around Warsaw. He was the head of training of Kedyw units, and commanded the 30 Division Army during Operation Tempest. At the start of the Warsaw Uprising he sent 30 divisions to come to their aid, but on August 18th, 1944 a cluster was arrested by the Soviet Red Army at Otwock. On December 11th "Wicher was arrested and sentenced to 10 years in prison. But during transport to prison on July 26 1945, he was freed by guerrilla squad "Orlik". 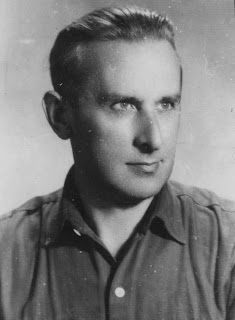 Rank: Lieutenant Colonel
Ignaszak was a soldier in the Home Army and served in intelligence operations which led to the discoveries of the V-1 and V-2 factories at Peenemunde. During the Warsaw Uprising he was an officer of the VI Golski's Clusters. He was decorated with the Silver Cross of the Order of Virtuti Militari, Cross of Valour, Silver Cross of Merit with Swords, and Warsaw Insurectionary Cross.

NEXT: Conclusion
Don't miss it!
Included is list of links
plus
Free Cichociemni Wallpaper for your computer!
Posted by Polish Greatness Blog at 12:05 AM