A Sacred Duty: Remembering the Holocaust

January 27, 1945
Auschwitz-Birkenau
was liberated by the Soviet Army, and the world discovered the
Horrors of the Holocaust.

Six million Jews perished in the Holocaust as well as three million Poles plus 2 millions of other nationalities - including the Roma, mentally and physically disabled people, homosexuals, prisoners of war and so many others. The Nazi plan for the "final solution" led to the systematic murder of innocent Jews - men, women and children. They were arrested, tortured, persecuted, starved to death, worked to death, and finally, and horribly, taken to the gas chambers and gassed to death, their remains cremated and discarded. Jews were considered untermenschen, as were various other ethnic groups including the Polish. In fact, the Poles were second in line, the majority to be annihilated with only a small remainder to be forced into slave labor to the Third Reich. Who among the youth of today can fathom that such atrocities really happened. To look at their innocent faces one can see the expression of bewilderment and almost disbelief in their eyes. To them, history is only as long as they can remember events in their own lives. So often they dismiss history as having no relevance. Yet in the past several years, we had only to turn on the television set to watch the horrors of Darfur and Rwanda among many other horrible tragedies. There are no words to express the utter despair to see the world descend into the madness of genocide over and over and over again. If we ignore history, we will be condemned to repeat it again, and again, and again.

In 2005, the United Nations General Assembly designated January 27th as International Holocaust Remembrance Day, a day in which we are all called upon to observe in silence and respect.

Every member nation of the U.N. has an obligation to honor the memory of Holocaust victims and to develop educational programs as part of an international resolve to help prevent future acts of genocide.

The U.N. resolution that created IHRD rejects denial of the Holocaust, and condemns discrimination and violence based on religion or ethnicity.

It is our obligation as well to honor the memory of the many millions of victims who perished in the Holocaust. But we must also learn as much as we can about it.

Today on January 27, 2011 there will be a candle-lighting ceremony at the U.S. Holocaust Memorial Museum in Washington, D.C. which will be attended by the diplomatic community, Holocaust survivors, and the general public. The ceremony will take place in the Museum's Hall of Remembrance.


I most sincerely wish that the world in which we live be free from the threat of a nuclear holocaust and from the ruinous arms race. It is my cherished desire that peace be not separated from freedom which is the right of every nation.
This I desire and for this I pray.
Lech Walesa


The Holocaust committed by the Nazis turned this country, where most of the European Jews used to live and where their culture used to flourish, into a massive grave. This is why initiatives to revive Jewish culture in Poland is so important. Marek Belka

To forget the Holocaust is to kill twice.
Elie Wiesel

The Holocaust illustrates the consequences of prejudice, racism and stereotyping on a society.
It forces us to examine the responsibilities of citizenship
and confront the powerful ramifications
of indifference and inaction. Tim Holden


There was a taboo as a result of the Holocaust that people respected that anti-Semitism was an ugly thing and should be avoided. Now that taboo seems to have been broken with impunity.
Steven T. Katz

Yet, nearly 6 decades after the Holocaust concluded,
Anti-Semitism still exists as the scourge of the world.
Eliot Engel 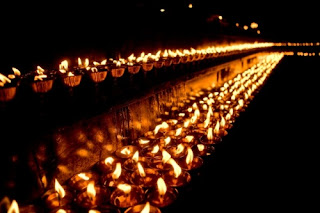