WARNING: THE FOLLOWING VIDEO AND IMAGES ARE EXTREMELY SHOCKING AND DISTURBING. VIEWER DISCRETION IS HIGHLY RECOMMENDED. NOT APPROPRIATE VIEWING FOR CHILDREN!


The Secretary of the Ukrainian Communist Party Nikita Kruschev announced today the "communization" of eastern Poland. Vast numbers of Polish citizens have been arrested by the NKVD, falsely accused of committing "crimes against revolution" or for staging "counter-revolutionary activities." The Polish intelligentsia and military officers have been the prime targets.  Over one million Poles inhabiting the eastern region were arrested and deported to the Soviet Union.  Between 230,000 and 450,000 Poles have been taken as prisoner, many of whom have been executed. Polish currency has been withdrawn from circulation without exchange for Russian roubles.  All state-owned and private Polish property has been nationalized and re-distributed. All Poles in Soviet occupied territory are expected to consent to Soviet citizenship. Those who refused to comply have disappeared, their whereabouts unknown.

Soviet authorities have refused to allow the Red Cross to survey the conditions of Polish POWs on the grounds that Russia has not signed the 1929 Geneva Convention on the treatment of POWs and does not recognize the Hague Convention. According to Soviet authorities, the Polish POWs are not subject to the same Regulations for the Treatment of Prisoners of War, as they had been turned over to the NKVD by the Soviet military. They have been sentenced under the clauses of the Soviet Penal Code which include charges of treason and counter-revolution.

Since September 19, the People's Commissar for Internal Affairs, and First Rank Commissar for State Security, Lavrenty Beria had ordered the NKVD  to create the "Administration for Affairs of Prisoners of War and Internees to "manage" Polish prisoners. The NKVD has set up a vast network of transit camps and rail transport to POW camps in western Soviet Union. The camps are located at Jukhnovo (Babynino rail station),  Yuzhe (Talitsky),  Kozielsk,  Kozelshchyna, Oranki, Ostashkov,  Stolbnyi Island on Seliger Lake (near Ostashkov), Tyotkino rail station,  56 miles (90km) from Putyvl,  Starobielsk, Vologda,  Zaenikevo rail station, and Gryazovets.

Polish military officers have been deported to Kozelsk and Starobielsk, while Ostashkov is used to detain mainly Polish boy scouts, gendarmes, police officers, and prison officers. A vast number of Polish intelligentsia has been imprisoned there as well.  Data received indicate that of a total of 15, 570 Poles, 5,000 are detained at Kozelsk, 6,570 at Oshtakov, and 4,000 at Starobelsk.

Agents of the NKVD such as Vasily Zarubin have subjected the Polish POWs to lengthy "interrogations".  Psychological and physical torture has been applied with the purpose of obtaining their allegiance to the Soviet regime.  Those who refuse are being declared "hardened and uncompromising enemies of the Soviet authority." 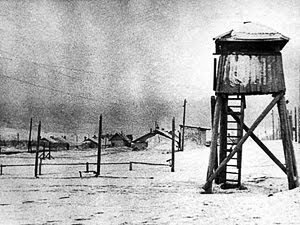 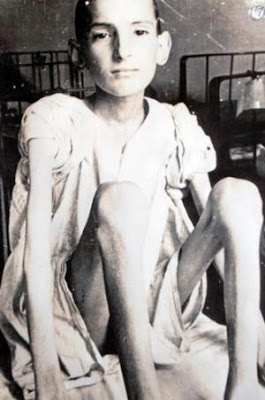 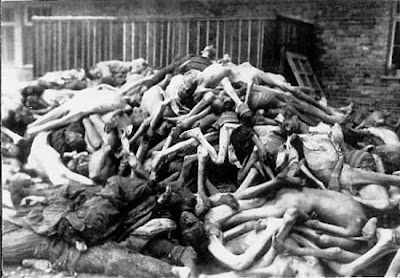