The Polish Army near Luck in the Volhynia region has surrendered to the Germans. German casualties are 10,000 dead and 30,000 wounded but  Polish casualties are much higher. Polish units were overwhelmed by increased German fire. German tanks were used during the battle though most of the emphasis lay on traditional-style infantry warfare. The Germans have taken over 700,000 Polish soldiers as prisoner while the Soviets took 200,000. More than 10,000 Poles of the city were arrested by the NKVD and deported to Siberia. Many Poles managed to escape West although their numbers cannot be confirmed. The Red Army has begun dismantling the factories including the radio station for shipment back to the Soviet Union.


In Britain today Prime Minister Chamberlain adamantly rejected Hitler's proposal for a peace plan. On the Western Front, the British 1st Corps of the British Expeditionary Force (BEF) has taken over responsibility to secure the border between France and Belgium. French forces have completely withdrawn from their positions at Warndt Forest and Saarbrucken Salient on the French border with Germany. 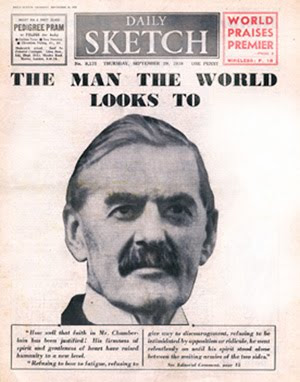