A year ago today, the plane carrying Polish President Lech Kaczynski, his wife Maria, and a delegation of 96 top-level government and military officials crashed near Smolensk, Russia. They were on the way to commemorate the 70th Anniversary of the Katyn Massacre. Shock and disbelief gave way to a period of national mourning for the President, a sorrow which still bears heavily upon their hearts and spirits of many Polish people - and Poles all around the world.

In the midst of domestic political disagreement over the issue, is the ever present public suspicion that Russia was responsible for the horrific plane crash that wiped out the President and the top creme of Polish government. Comparisons of this tragedy were made with that of the Katyn Massacre that occurred over seventy years ago near Smolensk, adding fuel to public anger. Yet again the insidious spectre of Russia looms over Polish sovereignty. 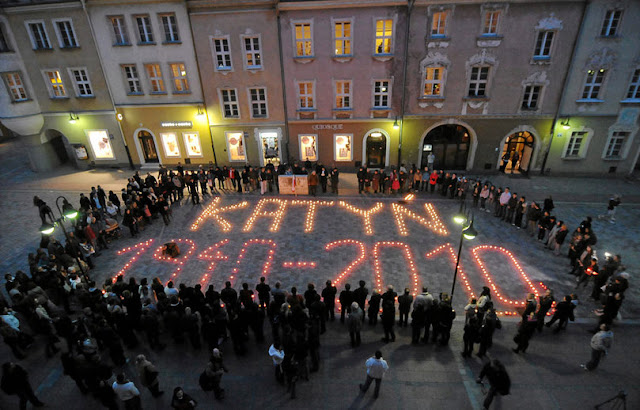 Despite attempts at rapprochement between the two nations, Russia and Poland are still as far apart as ever. At issue is the reluctance of the Russian government, ergo Putin, to fully disclose all secret information and documents relating to the Katyn Massacre. Russian-Polish relations were further strained by the enmity apparent between Putin and President Lech Kaczynski.

That Russian authorities took control of all investigative procedures immediately following the plane crash compounds public suspicion and distrust. In an article written by S. Eugene (Gene) Poteat, a retired senior CIA Intelligence Officer, a number of strange events took place prior to and after the plane crash that point to a Russian conspiracy. The plane which transported the President and his delegation had been completely refurbished and upgraded (in Russia) just four months before the fateful crash - and, in the opinion of Poteat, most likely fitted with bugging devices - and who knows what else. No wonder the Russians wouldn't let Polish investigators come anywhere near the plane wreckage. Adding to suspicions are conflicting reports; for example, Russian authorities insist that the pilot of the plane could not communicate in Russian - when in fact he spoke Russian fluently. Stranger still is the fact that the Russian traffic controller with whom he spoke had suddenly disappeared right after the crash. The Russians claimed that he went on retirement. Many other strange occurrences have taken place that need to be investigated thoroughly but have not been dealt with.

Just a few days ago the Prosecutor handed the Polish government fourteen (14) volumes of documents compiled by the Russian government,detailing the Russian investigation of the plane crash. That it took a year for them to complete is of no surprise, less still their timing in its presentation. Sources indicated that certain "anonymous sources" confirmed that the crash was due to pilot error in trying to land in heavy fog. If that were the case, then why bother writing fourteen volumes? 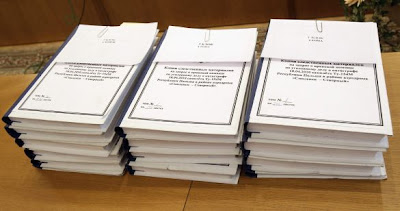 Poteat referred to Putin as a "master who knows his craft" wasting no time in taking compete charge of the investigation. No surprise there - Russia's motto has always been "Maintain Total Deniability".

The following is a series of four videos entitled, "Letter from Poland", narrated in English, but is largely in Polish with English sub-titles. The film was produced by a public TV station in the Netherlands, Tegenlicht Vpro and is one of the most insightful, thorough documentaries I have yet watched on the subject of this heartbreaking national tragedy.  To watch the same video with Dutch sub-titles you may log onto the link I have provided to the Tegenlicht website.

I invite you to watch these videos.  But I request also that you share the information with everyone you know. There is much about Poland that the West, in fact, the world still does not understand. Part of the problem is that many countries, including Russia, continue to speak on behalf of Poland instead of allowing Poland to speak for herself. The world is still brainwashed by Russian propaganda. The West in particular has been so easily manipulated having been fed Russian pablum since World War II. Here is the opportunity to discover the truth.

Global News, a Romanian portal, suspected that it was assassination and declared that the FSB (the Russian Federal Security Service, aka KGB) was directly responsible.

Wiktor Suworow, former agent of GRU (Russian military intelligence) also considers a very strong possibility of assassination, since the FSB took the black boxes immediately after the crash "as if they had something to hide."

"Shortly after the disaster, we heard that the pilot, four times as he approached for landing. Everyone at the airport knew that there was only one landing attempt. For several days, however, repeated the lie about the four samples. Then he began to spread disinformation that the Polish pilot was inexperienced. Only after some time it appeared that he had sufficient experience. It was said that he did not know Russian, and could not communicate with the tower. This too was a lie. Finally, time has proved to be untrue disaster. The cockpit was not there any women."
In an interview on August 26, 2010, Antoni Macierewicz, member of Polish Parliament and former Vice-Minister of National Defense, and former Minister of Internal Affairs of the Republic of Poland was asked if the crash was an assassination. Here is what he said,

"What we do know for sure, is that the controllers from the Smolensk control tower, after consulting with the Russian Central, and specifically, with the secretary of the General Staff of the Russian Transportation Aviation (I am saying that based on the testimony given by the controller) is that he allowed, and to be more precise, advised this plane, Tupolev 154M, to descend to the altitude below 50 meters. When they descended to this altitude, they only had 3 seconds until the crash. And this is known for sure." 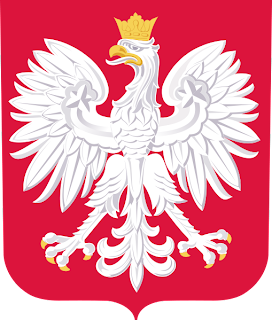 The videos originally posted here entitled "Letter to Poland (Brief uit Polen) have been deleted by myself voluntarily. I have discovered that this video is protected by copyright and the rightful owner is a Dutch television company called Vpro Tegenlicht. Despite my efforts, I was unable to obtain their permission to post the videos on the internet. Nevertheless, you may still see the complete version of the video by logging onto their website.

Posted by Polish Greatness Blog at 12:30 AM