Poland enacted its first Constitution on May 3, 1791 - the first European nation and the second nation in the world after the United States to do so. The Act was instigated by the Polish government which was then adopted by the Sejm of the Polish-Lithuanian Commonwealth. Its scope was quite radical for its time - that is, the introduction of political equality between the townspeople and the nobility (szlachta) and protecting the rights of peasants from abuses of serfdom. Most notable was the abolishment of the liberum veto of the parliamentary institutions. By such veto any deputy could easily usurp all legislation passed by the Sejm and create utter havoc and anarchy. The Polish Constitution of May 3rd sought to resolve the chaos and imbalances with the introduction of egalitarian laws and democratic constitutional monarchy.

The development of these bold reforms provoked considerable animosity and hostility from Polands neighbours, as well as from a cabal of Polish magnates seeking to maintain the status quo. It ultimately led to the Second Partition in 1795 in which Poland was invaded and defeated by Prussia, Russia and Austria.  Despite Poland''s defeat its Constitution was exemplary and influenced other democratic movements in other parts of the world. For the next 123 years the Polish Constitution was a beacon of hope to a nation under siege and struggling to restore its sovereignty. Ignacy Potocki and Hugo Kollataj, the co-authors of the Constitution, referred to it as "the last will and testament of the expiring Fatherland".


In fact Poland has had several constitutions in its long and tumultuous history. In the 19th century the Duchy of Warsaw enacted its own
Constitution which was quite liberal for its time. It established a bicameral Sejm consisting of a Senate and a Chamber of Deputies, with an executive body consisting of the Council of Ministers. Although it established Roman Catholicism as the state religion, religious tolerance was also guaranteed. Moreover egalitarian ideals were instituted and serfdom was abolished.

The Constitution of the Kingdom of Poland in 1815 promised freedom of speech and religious tolerance and was considered to be the most liberal of all of Europe.  Its constitution contained 165 articles in seven titles.

The Free City of Krakow, in 1815 was a city-state though not sovereign by any means. It was controlled by Russia, Prussia and Austria until 1846 when it was annexed to the Austrian Empire after the Krakow Uprising was defeated.  However, the Krakow Constitution, enacted in 1815 did provide the city with a significant degree of autonomy.

During the Second Polish Republic there were three Constitutions:  The Small Constitution, adopted on February 20, 1919 declared the Poland government as a parliamentary system, but omitted to declare itself a Republic.  The Chief of State held executive power and could only appoint ministers with the consent of the the Sejm. All were responsible before the Sejm, and did not have the power to dismiss the legislature.  Moreover, all Acts required the signature of the minister relevant to such a portfolio.

This constitution  was supplanted by the March 1921 Constitution, the latter of which was based on the French one and considered very democratic. Foremost were articles which expressly ruled out discrimination on racial or religious grounds. It was amended in 1926 and superseded by the Polish Constitution of 1935.

The 1935 Constitution established a presidential system of government, albeit an authoritarian one. Despite its outright violation of its preceding constitution and the rule of parliament, it was fervently adopted in order to promote national interests rather than democratic ones.(Sanacja).  As a result the President held enormous power and was imbued with the right to handpick members of his government, who in turn would be held responsible to the parliament.  He could also dismiss parliament before the end of its term, appoint a third of the Senators, the Commander-in-Chief of the Polish Army, as well as the General Inspector of the Armed Forces.  In addition, the President could issue decrees and veto acts passed by the Sejm. Most notable was the right given to the President to name his successor in the event of war. This feature was used by the Polish Government-in-exile during World War II tol justify its existence. The Constitution was abolished by the Soviet-back Polish authorities in 1944.  In its place was the restoration of the March Constitution along with many laws based on the Stalinist regime.

During the period of 1945-1989, the Polish Committee of National Liberation issued a Manifesto outlawing the April Constitution (of 1935) as unlawful and fascist.  It held that the March Constitution of 1921 would be in force until it was replaced with the new "Small Constitution of 1947", later supplanted in 1952 by the constitution of the Peoples Republic of Poland.

Finally during the Third Polish Republic (1989 - present) the Small Constitution of 1992, was a major adjustment of the 1952 constitution and established Poland as a democracy with many democratic reforms including the establishment of legislative and executive branches and local self-government.
It was voted by Poland's first democratic government (elected in free elections) since 1928.  In the process, the Stalinist Constitution was annulled, and Poland emerged as a liberal democratic nation with a market economy.

This was replaced by the current constitution of Poland, adopted by the National Assembly on April 2, 1997 and approved by a national referendum on May 25, 1997 and came into effect October 17, 1997.

The Preamble of the current Polish Constitution expresses what is in the heart of the Polish nation and its people.  It speaks volumes. It looks ahead towards a future that is bright and promising for all its citizens, but never forgets at what cost such freedom was finally achieved.  Poland inspires awe and respect for the struggles she has overcome, most notably in rebuilding a great modern nation and forging democratic and international commitments.


Having regard for the existence and future of our Homeland which recovered, in 1989, the possibility of a sovereign and democratic determination of its fate, We, the Polish Nation - all citizens of the Republic, Both those who believe in God as the source of truth, justice, good and beauty,
As well as those not sharing such faith but respecting those universal values as arising
from other sources,
Equal in rights and obligations towards the common good - Poland,
Beholden to our ancestors for their labors, their struggle for independence achieved at great sacrifice, for our culture rooted in the Christian heritage of the Nation and in universal human values,
Recalling the best traditions of the First and the Second Republic,
Obliged to bequeath to future generations all that is valuable
from our over one thousand years' heritage,
Bound in community with our compatriots dispersed throughout the world,
Aware of the need for cooperation with all countries for the good of the Human Family,
Mindful of the bitter experiences of the times when fundamental freedoms and human rights
were violated in our Homeland,
Desiring to guarantee the rights of the citizens for all time, and to ensure diligence and efficiency in the work of public bodies,
Recognizing our responsibility before God or our own consciences,
Hereby establish this Constitution of the Republic of Poland as the basic law for the State, based on respect for freedom and justice, cooperation between the public powers, social dialogue as well as on the principle of subsidiarity in the strengthening the powers of citizens and their communities.
We call upon all those who will apply this Constitution for the good of the Third Republic to do so paying respect to the inherent dignity of the person, his or her right to freedom, the obligation of solidarity with others, and respect for these principles as the unshakeable foundation of the Republic of Poland. 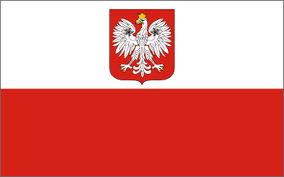