The ruse failed and the Czerniakow bridgehead collapsed under fierce German attack. Berling's Polish soldiers did not receive support by the Soviet Command, nor were any reinforcements sent from the First Byelorussian Front. Consequently, the Poles were forced to withdraw to the eastern shore of the Vistula.  After eight days of fighting, losses suffered by the First Polish Army has reached a staggering 3,764 men.  But actual numbers are much higher when casualties of the river crossings are included, bringing the total casualties up to 5,662 soldiers.

In Czerniakow, the Germans continue their strong attack along Wilanowska and Zagorna Streets towards Czerniakowska Street. The Poles continue to hold a part of the Vistula riverbank stretching from Zagorna Street to the “Syrena” (“Mermaid”) Port and several houses on Wilanowska Street. In the evening, Lt. Col. Jan Mazurkiewicz “Radoslaw” begins the evacuation of his units to Mokotow through the sewers.  Some insurgents, in desperation swam across the Vistula. 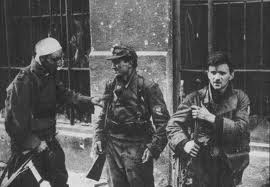 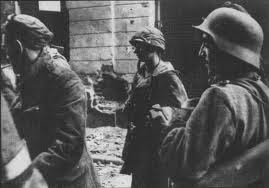 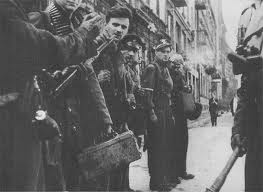 In the afternoon, soldiers of the 1st and 2nd battalions of the 8th infantry regiment have crossed over to nothern Powisle and seized the Kosciuszkowski Riverbank near the crosstown bridge. They began an attack and were able to reach Solec Street but the assault failed because of strong German counterattacks on their flanks.

In the Marymont quarter of Zoliborz, the next group of soldiers from the 6th infantry regiment crossed the Vistula.  Like the troops before them, they could not break out and go deeper into the neighborhood because of very heavy enemy fire. Polish troops are pinned down on the riverbank and have no means of communication with Home Army units.

Lt. John Ward, a British soldier and member of the Armia Krajowa reports on the daily events in Warsaw. Secret radio messages have been transmitted to London since the early days of the Uprising.  Apparently, news of the Uprising has not reached the world. Churchill had ordered a media ban. Similarly, Roosevelt has followed suit and kept silent on the Uprising.  Not a word was mentioned about Warsaw in any of his nine press conferences.

A short truce was arranged yesterday between German and Polish forces fighting in the Sejm grounds with the object of clearing away the dead and carrying in the wounded. Home Army soldiers called on them to escape to the Polish lines, but were told that if they did so the Germans would execute Polish hostages imprisoned in the Sejm building. This was no idle threat, as the Germans had some days before executed one hundred and fifty men because one hostage had escaped.