The German offensive on Powisle continues. Covered by tanks, the infantry attacked insurgents from three directions and have taken up positions in the huge building of the PZUW State Insurance Company on Kopernika Street. Soon afterwards German troops seized Sewerynow,Obozna and Leszczyska Streets. By evening insurgents under the command of Captain Stanislaw Skibniewski "Cubryna" have left the ruins of the power station building. The Poles have completely run out of ammunition. Meanwhile evacuation of civilians to Srodmiescie continues.


In the area of Jasna and Szpitalna Streets, strong enemy artillery fire and air raids continue unabated. Amid the maelstorm, Polish fighters succeeded in repulsing the German attack on their positions in the ruins of the Police Department, in the Holy Cross Church, and along the entire length of Krolewska Street. Srodmiescie has been heavily bombarded and the entire area is in flames. Civilians have fled the area and have found relative safety in the southern part of the district.

The insurgents have taken up positions on Frascati Street and have secured a vital liaison between Czerniakow and Srodmiescie through Ksiazeca Street. In command of the units in Czerniakow is Col. Jan Mazurkiewicz “Radoslaw”. The former commander of the area, Captain Zygmunt Netzer  “Kryska” has been appointed his second-in-command.

The District Commander’s staff has re-established its base in the Palladium movie theatre at 7/9 Zlota Street, a structure that is more solid and modern while the Home Army Headquarters has relocated to the PAST building on Piusa XI Street.


Yesterday Churchill had dispatched an urgent telegram to President Roosevelt proposing that Britain and the US engage in a joint air operation to drop material supplies over Warsaw irregardless of Stalin's wishes. Roosevelt issued his reply today stating that he was informed by US Military Intelligence that Polish insurgents have already left Warsaw and that German troops have taken full control of the city. His conclusion was that "the problem of relief for the Poles in Warsaw has therefore unfortunately been solved by delay and by German action, and there now appears to be nothing we can do to assist them. I have long been deeply distressed by our inability to give adequate assistance to the heroic defenders of Warsaw, and I hope that we may together still be able to help Poland be among the victors in this war with the Nazis. (Roosevelt) In the meantime, President Roosevelt has focused his attention on campaigning for re-election. 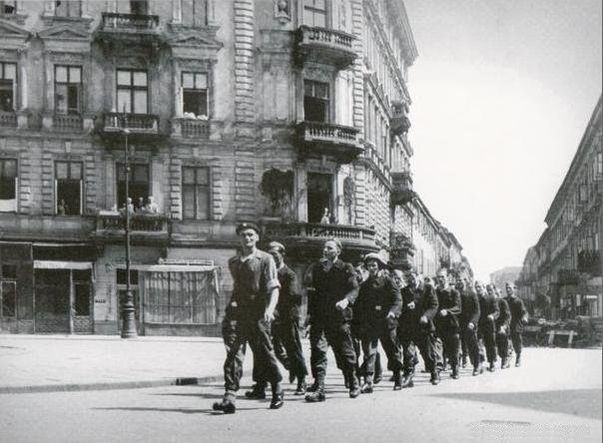