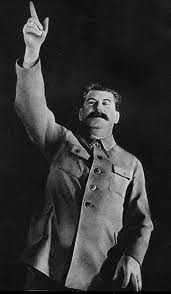 “ON TO WARSAW!"
This was the headline that exploded on Pravda newspapers today. The article went on to say that, “in an offensive there is a moment when military operation reaches its culminating point and having acquired its necessary pressure and impetus goes ahead (of its own momentum). At such a time, when full strength of the offensive comes into motion, it starts advancing at great strides; then no power can stop its victorious forward march.” This is just what the Polish insurgents needed to hear in anticipation of Soviet cooperation.


In the second day of fighting, Polish insurgents mounted concentrated attacks on various German strong-holds but were unable to overtake them. Each time German troops launched powerful counter-attacks. However, the Polish units did succeed in capturing the State Securities Printing House (PWPW) located in the Old Town Sector of Warsaw. German troops were overwhelmed by the fierce Polish fighters and were forced out of the district.  Meanwhile in City Centre, the Kilinski assault battalion has captured the Main Post Office building on Napoleon Square, and the Arbeitsamt building in Malachowski Square.

In the midst of fierce German attacks, insurgents took over the power station in Powisle, in the southern part of Srodmiescie, and the Social Security Institution building in Czerniakow.  In Zoliborz however, insurgents failed to capture vital German positions.

In Wola the Germans have tried to push back the Polish forces and to break further into the city from the west and from Powązki but the insurgents  have put up a very strong resistance.  In Praga the insurgents have been forced out of the Railway Head Office (Wilenska and Targowa Streets) under heavy German fire.

Most of the Polish units of District V positioned in Mokotow have retreated into the Kabacki Forest during the night.  The insurgents that remained have been able to withstand the German onslaught and have taken over the southern part of the district among other areas. Their capture of a school on Woronicza Street provided Polish units with a considerable amount of arms and ammunition.

In Wola Polish civilians have been working tirelessly setting up barricades and by day-break have been able to close the city from the west. In some areas of Wola, the Poles had to retreat due to heavy losses . Several major German strongholds remain.

In Mokotow German troops have stormed the prison on Rakowiecka Street and murdered 500 Polish prisoners, and Jesuit priests from the seminary. In a skirmish at Ochota, German troops executed Polish hostages taken during battle.  Casualty figures are not available.

On the east bank of the Vistula, the district of Praga has been heavily attacked by large numbers of German units. Polish insurgents were forced back and had to take refuge. AK units have failed to establish links with eachother, consequently leaving each district isolated.


General Monter has issued a assessment of this second day in the Uprising, What was intended to be an offensive operation quickly became a defensive one. He blames the AK for failing to achieve the most important objectives, a failure due largely to insufficient supplies of weapons and ammunition.  Because of the shortages in weapons, Polish insurgents are no match for the formidable power of the German war machine.


Polish insurgents failed to overtake Pawiak, where German troops were dug in and heavily armed. The entire area was fortified with pillboxes constructed of concrete and steel, and German troops armed with heavy machine guns, posted atop the tall towers and all around the perimeter. A battalion of German police and the SS defended their positions fiercely. One Polish unit has no machine gun and only one small mortar. The situation is desperate.  General Pelczynski, deputy commander of the Armia Krajowa (Polish Home Army) has sent a radio message to the Polish Government in Exile in London demanding that weapons and ammunition be airdropped to the AK immediately.


A Halifax plane no. JP283 (GR-G) on a supply mission en route to Warsaw was shot down today by a German fighter plane near Szantes, about 150 km southeast of Budapest. Lost were W/O Lewandowski and Sgt. Szejnowski. But P/O Domanski, W/O Wolski, W/O Chinaruk, W/O Ptoszek, F/Sgt Raflewski survived and were taken prisoners.

Himmler arrived in Poznan today along with several reinforcements in an attempt to quash the Uprising. In addition to a police unit and a reserve regiment under the command of Lieutenant General of SS and Police, Heinz Reinefarth, there were two other units whose reputation is infamous - the Storm Brigade RONA under the command of SS General Kaminski, and the SS Brigade Dirlewanger, named after its Commander SS Senior Colonel Dirlewanger. Kaminski was born in Poland, but considered himself Russian. About half of Dirlewangers units were common criminals, and forty percent were former citizens of the Soviet Union.


Krystyna Krahelska (pseudonym "Danuta") was a paramedic  of the “Jeleń” command.  She was seriously wounded in the “W-Hour” operations yesterday and died today in a field hospital. She was trying to save a wounded colleague.   She wrote the popular song, “Hej, chłopcy, bagnet na broń!” which has become one of the most popular fighting song in Warsaw.  Before the outbreak of war she had written many songs and poems. The face of the Warsaw mermaid statue was modeled after her image.