After one day of the heaviest fighting, Polish insurgents in City Centre Sector have left the area of the Warsaw University of Technology.  AK units from Kampinos Forest and Kabacki Forest have reached Warsaw but have sustained heavy casualties in fierce battle with German forces.  German soldiers converged on the Old Town of Warsaw and launched a general offensive supported by ten infantry battalions and two minesweeper assault battalions in addition to massive number of heavy artillery.  German infantry units attacked Bonifraterska Street, the Krasinski Gardens, Krasinski Square as well as Tlomackie and Bielanska Streets. Fierce fights continues in the ruined cathedral and in nearby Brzozowa Street. The insurgent troops are fighting back one attack after another, giving no sign of relenting.

Meanwhile German air raids are continuous over Warsaw.﻿﻿ Pillars of fire and smoke can be seen everywhere. Historic churches are on fire. Amid this hellish inferno life in the district goes on in basements.

While General Reinefahrt's units have been attacking the Old Town, forces under the command of General Rohr have begun an offensive on the southern part of Srodmiescie.  The Institute of Technology has also been subjected to attacks of particular ferocity. Gradually, insurgents are being forced out of individual buildings but the main building is still being held by the Polish fighters.   German tanks have been called into action, and as soon as they began to advance along Noakowskiego Street, Polish insurgents came out from the ruins of the Institute to take up positions on the even-numbered side of the street. (This marks the front battle that will remain unchanged until the end of the Uprising). The German-held  Warsaw Institute is heavily fortified with bunkers and machine gun nests. Since the Uprising began 63 professors have been killed either in battle, or have been arrested and murdered by the Germans.  Campus buildings have sustained extensive damage, and sources indicate that a vast quantity of priceless works of art and books have either been destroyed or pillaged by German forces.

Since the war began Polish schools and universities continued to operate, albeit secretly. About  3,000 Polish university students are enrolled in "secret" classes and 198 have already earned engineer diplomas. Scientific research also continues unabated and there are presently 20 PhD and 14 assistant professorship qualifying theses written. There were also many projects underway that will help in the reconstruction of Poland for the future.

At the request of Polish Home Army Intelligence, Professors Janusz Groszkowski, Marceli Struszynski, and Jozef Zawadzki have conducted a detailed analysis of the radio and steering devices of the German V-2 rockets - valuable information that helps the Allies disrupt enemy operations.  Sources indicate that even during the German-occcupation, Professor Groszkowski was already at work writing the first Polish book on the subject of high vacuum technology, based on his experiments made before the outbreak of war.

During the night a group about 550 insurgents, under the command of Major Alfons Kotowski "Okon"  set out from the Kampinos Forest towards Zoliborz but a part of the unit failed to reach the capital.  They were forced to retreat  to the forest when heavy machine gun fire cut off their contact with their command.  The remainder reached Zoliborz and joined the unit of Lt. Witold Pelczynski "Witold' increasing the units to 750 men strong.  The expanded unit under the command of Lt. Col Mieczyslaw Niedzielsi "Zywiciel"  was ordered to attack the Gdanski Railway Station in an attempt to establish a connection with the Old Town. 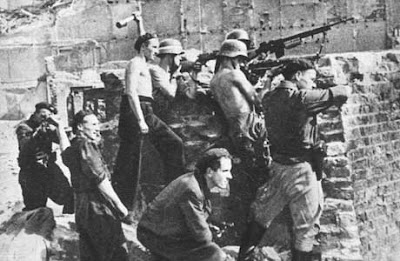 Last night Polish insurgents attacked from Sadyba on Wilanów and Wolica to support troops of Lt. Col. Mieczysław Sokolowski “Grzymala”, forcing their way from the Chojnowski and Kabacki Forests. Polish attacks on the Wilanow Park and Palace collapsed in the face of strong German defenses. Insurgents have suffered severe losses including Col. "Grzymala".  Over 350 well-armed insurgents forced their way to Sadyba, but then retreated into the woods and tonight several more platoons from the Kabacki Forest are making teir way toward Sadyba. 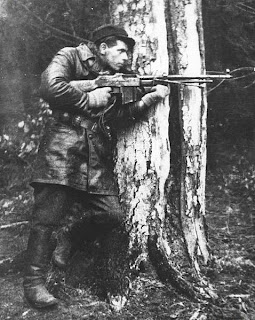 Lt. John Ward, a British soldier, and member of the AK has dispatched messages again today to London reporting on the days events in Warsaw. The message reads as follows:

The people of Warsaw call the German mine-throwers "the moving cupboards" on account of the fact that they give out a sound like that of a heavy piece of furniture being moved, followed a few seconds later by a number of terrific explosions. The Prudential building on Napoleon Square, the highest building in Warsaw, was hit three times by mines and once by bombs. It is completely burnt out. The pavements in Warsaw- have been turned into graveyards. In many places one cannot walk on the pavement without treading on fresh graves.
Sir, reply to my telegram received.... I was born Birmingham. Maiden name of mother... father's... address...Sir, I beg for more detailed orders. For three years I have worked in the Polish Home Army. Now, acting on advice of the Polish Staff here, am combining my military duties as acting lieutenant in A. K. with that of War Correspondent. All my telegrams are uncensored.

American Ambassador to Russia, Harriman, delivered a radio address to the Secretary of State. This was his statement:"Stalin urged Soviet patriots in occupied territory to go underground and wage unremitting war against the Germans. Active resistance movements in occupied territories, such as Tito's in Yugoslavia, have been encouraged and émigré governments have been constantly criticized for counseling a waiting policy. On August 16 in an article on White Russian Partisans, Izvestia paid fulsome tribute to their activities, estimating that they had killed more than half a million German soldiers and officers...The same issue of Pravda...had laudatory articles concerning the assistance rendered to the Allied Armies by French and Italian Partisans.
There was every reason for the Warsaw patriots to anticipate, even without instructions, that the time had come to arise and contribute to their liberation when the Red Army approached the city after its rapid victorious advance through White Russia......Had the Polish Government advocated a waiting policy, to the population of Warsaw, it would have doubtless have been excoriated in the Soviet press." 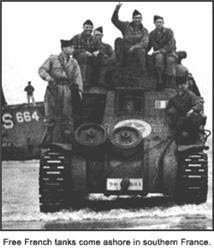 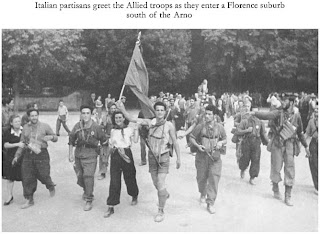 American Secretary of State Hull gave his assessment of President Roosevelts policy in a radio message to Harriman: The President is not as willing “to go so far as the British” in attempting to force Soviet cooperation or participating in sending aid to the Polish Underground. Roosevelt stated that “our chief purpose has already been achieved as a result of your representations”.