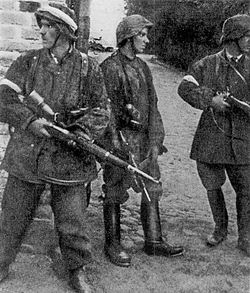 Zoska, the elite Home Army battalion led an assault today on a German concentration camp "Konzentrationslager Warschau" on Gesia Street freeing 383 prisoners including 348 Jews. These Jewish men and women were left to assist in the destruction of the evidence of mass murder and in the end would also have met certain death.  Many of the survivors including Jews joined the Zoska unit to fight in the Uprising. Members of the Zoska battalion have captured two German tanks and used them in the rescue mission.  The Polish insurgents were dressed in German uniforms they had stolen as well as German weapons confiscated during battle. Polish uniforms are scarce. Though AK units are wearing German uniforms they are easily distinguished by their red and white AK armbands. However, it has caused considerable confusion during fighting and in some case of mistaken identity, insurgents were shot mistakenly by their own people. 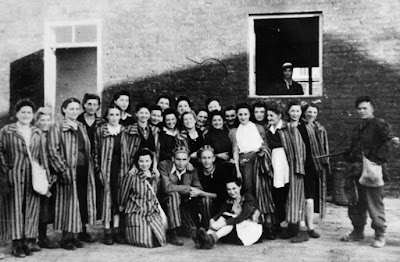 At 1:00 am this morning three British Halifax planes air dropped weapons and ammunition over the region of Wola. Containers landed in the cemeteries, Wolski Hospital and Fort Bem.  Flights are being carried out mostly by Squadron 1586, Polish Special Duties Flight of the Polish Air Force from bases in Bari and Brindisi. Polish Squadrons are flying B-24 Liberators, Handley Page Halifax, and Douglas C-47 Dakota planes.

One Halifax bomber (call number of JP-276A)was shot down near the outskirts of Dabrowa by German fighter aircraft. The Canadian pilot, Arnold R. Blynn, and seven crew members, 5 Canadians and 2 British were killed: George A. Chapman, Harold L. Brown, C. B. Wylie, Arthur G. W. Liddell, Frederick G. Wenham and Kenneth J. Ashmore. The plane spiralled to the ground in a ball of fire and exploded on impact. The force of the impact was so great that the engines and the hull of the aircraft were driven into the ground at a dept of three to four metres. The plane was heavily laden with fuel and ammunition 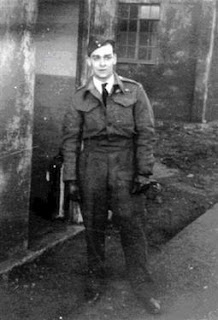 Himmler ordered his army to shoot every Polish man, woman, and child. Massive executions began early yesterday. The notorious Storm Brigade RONA and SS Brigade Dirlewanger arrived in Warsaw yesterday and began a massacre against Polish residents in Wola and Ochota Sectors. In this the second day of murderous rampage, has become the largest massacre in the history of Poland. The death toll varies according to sources from 65,000 to as high as 100,000 people. Among the dead are not only civilians but POWs, killed by the Germans.

Cossacks in the Kaminsky and Dirlewanger brigades carved a path of rape, torture, fire and murder throughout the districts. The elderly, women and their children have been murdered, including hospital staff, priests and the wounded and sick in hospitals at Wolski and St. Lazarus. The Nazis are conducting this massive and brutal pacification in their efforts to suppress the Uprising and terrorize the people of Warsaw. They have succeeded in only hardening the hearts and will of all Polish people to fight the German scourge to the death.


After four days of fighting, the Germans began a systematic strategy in the effort to suppress the Uprising. Block by block, the Germans began to destroy buildings and shooting insurgents and civilians with fire power. The Polish insurgents are putting up a tough fight and Germans have commenced counterattack with planes, tanks and artillery to open west-east corridor through the city. German command units, the 1131 Infantry Brigade, the Hermann Goering Divisions, XXXIX Panzer Corps, IV SS Panzer Corps, 45 Infantry Division and 19 Panzer Division are all concentrating their defence of the Vistula between Warsaw and the Soviet positions.

General Bor, ignoring the advice of the Polish government-in-exile*, has decided to remain in Warsaw. He said it was not possible to command the AK unless he was present and adamantly refused to relocate AK headquarters outside the city perimeters. Meanwhile, he is receiving reports twice daily by radio from General Monter regarding developments in the Uprising.


About 300 Polish insurgents fiercely defended their positions in Ochota against overwhelming forces of the RONA brigade In Ochota, the two insurgent redoubts are separated from each other: the Tobacco Monopoly on Kaliska Street ("Kaliska Redbout") under the command of Second Lt. Andrzej Chyczewski "Gustaw" and No. 60 Wawelska Street (Wawelska Redoubt") under the command of Second Lt. Jerzy Golembiowski "Stach". The two units have succeeded in defending a vital thoroughfare - the Poniatowski Bridge.