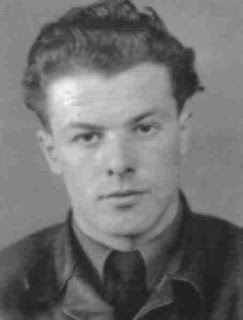 . He gained international fame in early 1953 when he decided to make a daring escape from Soviet-occupied Poland flying a Mig-15 jet fighter plane, one of the best planes owned by the Soviet military at that time.

Jarecki was born in Gdów, a town near Kraków, and graduated from the world-famous prestigious Polish Air Force school of aviation in Deblin. In the early 1950s he was re-assigned to Slupsk in northern Poland, near the Baltic Sea. There, he flew Soviet MiG-15

planes, some of which were owned by the Polish Air Force.

He made the escape on the morning of March 5, 1953 which coincidentally was the same date as Joseph Stalin's death),

Jarecki was leading a patrol of four MiG-15s from his base at Stolp, Poland when he dropped the extra fuel tanks to lessen the load on his aircraft, broke formation, and nose dived to below 450 meters (1,500 feet) to evade Soviet radar detection. His was a desperate decision that was fraught with great danger. Previous pilots who had attempted such an escape were shot by the
Polish People’s Army.

In 1952, Edward Pytko was an instructor at Deblin who to escape to Western Germany but was intercepted and captured by Soviet aircraft over Eastern Germany and handed back to the Poles; Pytko was charged with high treason and executed.


Jarecki flew the MiG-15 from Slupsk to the field airport at Rønne on the Danish Bornholm island. The entire trip took only a matter of minutes. Once landed, specialists from the USA were summoned by Danish authorities who quickly descended upon the Russian jet fighter and proceeded to examine it thoroughly. Then, according to international regulations, they returned it to Poland by ship several weeks later. 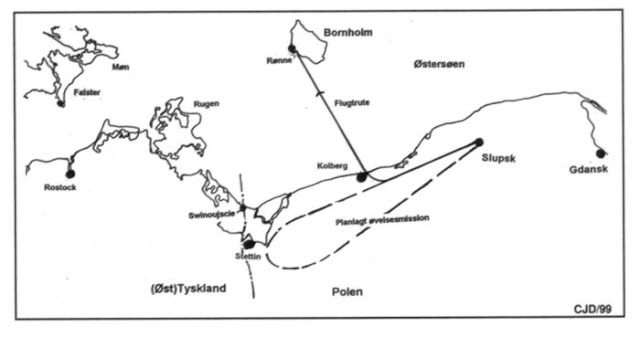 Jarecki remained in the West. From Denmark Jarecki moved to London, where General Wladysław Anders gave him orders, and then to the USA, where he provided top secret information about modern Soviet aircraft and air tactics.

He met with President Dwight Eisenhower and was awarded a $50,000 prize -  given to the first person  to present a MiG-15 to the Americans. He subsequently became a US citizen.

Several months later, another Polish pilot by the name of Zdzislaw Jazwinski made the same escape successfully flying a MiG-15 to Bornholm. Three years later, four students from Deblin’s school also escaped flying in two Yak-18 planes. They crossed Czechoslovakia airspace and landed near Vienna.
The uniform in which he escaped can be seen at the National Air and Space Museum in Washington, D.C.   Other Polish defectors were:  Lt. Arkadiusz Korobczynski from Navy Flight in Wicko Morskie
who, in 1949, defected with Il-2M3 attack aircraft (No 3) to Gotland Island in Sweden. On November 7, 1957 Lt. Kozuchowski from 31st Fighter Squadron in Łask defected with Lim-2 (MiG-15bis, No 1919) and crash-landed near Halland in Sweden. On September 25, 1956 Lt. Zygmunt Gosciniak from Zegrze Pomorskie defected with MiG-15bis (No 1327) and made an emergency landing  at,Rønne Airport on Bornholm Island - without the use of landing gear. 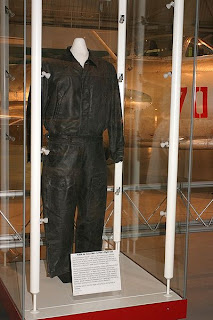 Frank Jarecki owned a factory in Fairview, Pennsylvania called Jarecki Valves.  In 2006 the Polish TV Station TVN broadcast a movie “Jarecki”, part of a series called,“Great Escapes”. The series was dedicated to stories about Poles who escaped Poland between 1944 and 1989  to find freedom in the West.  He lived in Pennsylvania until his death on Oct. 24, 2010

Posted by Polish Greatness Blog at 1:40 AM