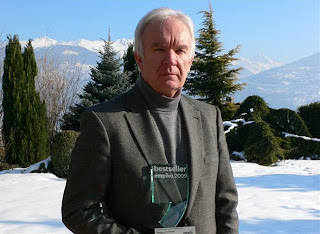 
Marian Zacharski was a Polish Intelligence officer arrested in 1981 and convicted of espionage against the United States. He spent four years in prison until he was exchanged for American agents on Berlin's famous Glienicke Bridge


He was indeed one of the most famous agents of the Polish intelligence service. In 1996, prosecutors in Warsaw charged him with flagrant mismanagement at the Pewex company, and the Gorzów Wielkopolski police sought him for questioning about his activities in illegal car trading.

Zacharski was president of the Polish American Machinery Company (POLAMCO) and lived in the United States from about 1977 until 1981. While he was conducting business as the commercial representative, he was also functioning as an officer of the Polish intelligence service.

In June 1981 William Holden Bell, the project manager of Radar Systems Group at Hughes Aircraft in El Segundo, California, and Zacharski, were arraigned on espionage charges.  The credit for the apprehension of Marian Zacharski belongs to a Polish diplomat, Jerzy Koryciński, who blew the whistle while asking for political asylum in the United States.

Under the guise of business activities that continued over a period of several months, Zacharski developed a relationship with Bell. According to a court affidavit filed by the bureau, Zacharski had paid Bell about $110,000 in cash and $60,000 in gold coins for photographs of highly classified documents detailing Hughes Aircraft radar and weapons systems.  Zacharski was even able to obtain access to top secret information on the then-new Patriot and Phoenix missiles, the enhanced version of the Hawk air-to-air missile, radar instrumentation for the F-15 fighter, F-16, "stealth radar" for the B-1 and Stealth bomber, an experimental radar system being tested by the U.S. Navy, submarine sonar and tank M1 Abrams.


According to Kenneth Kaiser, an agency counterintelligence supervisor in Chicago, Poland was quitey active in industrial espionage

. While the Soviet KGB

got all the press, Polish intelligence was perhaps superior as they could not care less about military intelligence. What they wanted was industrial and scientific secrets.Their objective was to short-circuit development costs and undersell the market leaders. And, according to the Zacharski case, they were good at finding friends in the right places.

Zacharski disclosed the activities of a Russian spy operating in Poland whose code name was "Olin" . The case was known as the Olin affair. Polish Security Services and Oleksy Case Olingate cooperated with Vladimir Alganov, one of the best connected KGB agents and the most powerful Russian spies and  Georgiy Yakimishin, a Russian diplomat.  This led to the fall of the Polish government under Prime Minister Jozef Oleksy - Afery Prawne(Polish).

In June 1996 Marian Zacharski left Poland for Switzerland and vanished without a trace, leaving no clues about his whereabouts.

On 15 August 1994, the Polish government announced Zacharski’s appointment as head of civilian intelligence in the Polish Office of State Protection. It came under heated protest by the United States and Jan Nowak-Jeziorański and thus Zacharski never assumed the position.

In a public opinion poll at the time, the question was asked: "Which colonel better served Poland?" Zacharski or Ryszard Kukliński who spied for the United States?"

Posted by Polish Greatness Blog at 1:11 AM