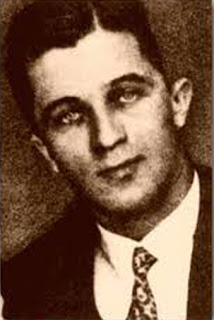 Jerzy Sosnowski (December 3/4, 1896 - died 1942,1944 or 1945?) was a Polish spy in Weimar Germany (1926-1934) and a Major of the Second Department of the General Headquarters of the Polish Army (Dwójka). His code names were Georg von Nalecz-Sosnowski and Ritter von Nalecz. In the Soviet Union, he was known as Jurek Sosnowski, but other sources knew him by the name Stanislaw Sosnowski.

Sosnowski was born into an affluent family at the time of the Austro-Hungarian Empire.  His father was an engineer and owner of a construction company in Lwow. In August 1914 he joined the Polish 1st Legions Infantry Division and later transferred to the cavalry officers’ academy in Holitz. Upon graduating, he was sent to the Eastern Front and later completed a machine gunner course.  In March 1918 he enrolled in an aviation course in Wiener Neustadt’s renowned Theresian Military Academy

When Poland regained it's independence in 1918, Sosnowski enlisted in the newly created Polish Army. As a soldier of the 8th Uhlan Regiment

of Prince Jozef Poniatowski, he fought with distinction and was promoted to the Rotmistrz.and became commander of a horse squadron of the 8th Regiment. Sosnowski was an excellent cavalry rider and participated in international tournaments in Paris and Berlin.

Upon the advise of his friend, Captain Marian Chodacki, Sosnowski became a member of the Second Department of the General Headquarters, which was responsible for military intelligence as well as espionage activities. After completing a course he was sent to Berlin and became Director of the In-3 office of Polish intelligence.

When he arrived in Berlin, Sosnowski presented himself as Polish Baron Ritter von Nalecz expressing deep dislike for Jozef Pilsudski and seeking a close cooperation with Germany. He enacted a convincing  role of a rabid anticommunist member of a secret anti-bolshevik military organization.

Young, dashing and handsome, the "Baron" quickly became popular among Berlin’s social and diplomatic circles. He was embroiled in a steamy love affair with an exotic night-club dancer by the name of Lea Niako, who ended up denouncing him to German counter-intelligence. He was arrested, and were it not for his diplomatic immunity, would have been sentenced to death. He was subsequently expelled from Germany. 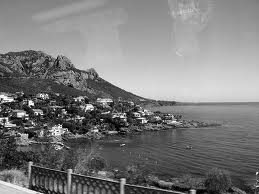 He had an affair with Baroness Benita von Falkenhayn who was related to Erich von Falkenhayn, a former Chief of the General Staff of the German Imperial Army. In December 1926, he persuaded her to cooperate with Polish intelligence because of her many connections and detailed knowledge of the German General Staff.  Soon afterwards, Sosnowski gained the services of Günther Rudloff, an officer of the Abwehr’s Berlin’s branch who agreed to cooperate - apparently because he owed a considerable amount of money to Sosnowski.


Sosnowski’s quick successes raised suspicions among officers of the Second Department of the General Headquarters in Warsaw. But his next achievements met with even greater success, that the Polish headquarters were convinced of his professionalism.


Among the agents working for the Polish spy included Irene von Jena and Renate von Natzmer, from Reichswehr’s headquarters (Reichswehrministerium).  Sosnowski initially introduced himself as a British journalist by the name of Graves - as von Jena hated Poles, only later revealing his real identity. Other agents were Lotta von Lemmel and Isabelle von Tauscher as well as Falkenhayn and von Natzme, who became his lovers.

They all supplied Sosnowski with very useful information and documentation.

In 1929, with the help of Renate von Natzmer Sosnowski was able to obtain a copy of German war plans against Poland, entitled, "Organisation Kriegsspiel". He demanded 40 000 German marks for the document but his superiors in Warsaw refused to pay that much believing that the information he possessed was actually German disinformation. Sosnowski entered into a secret deal with von Natzmer. Ritter von Nalecz cut the price by half and finally after which he sent all documents to Warsaw for at no charge.The Polish authorities still declined to take advantage of these documents.

It is widely recognized that until 1934, the In-3 office headed by Sosnowski, and its base at the Polish Embassy in Berlin, were the best among foreign branches of Polish intelligence, its activities costing around 2 million zlotys, an expensive venture indeed.

By the fall of 1933 the Abwehr obtained details of the Polish network of agents from Lieutenant Jozef Gryf-Czajkowski, a double agent who had previously held Sosnowski’s post in Berlin and from Maria Krusek, a German actress and one of Sosnowski's lovers, both of whom betrayed Sosnowski in their allegiance to the Abwehr.

On February 27, 1934, Sosnowski was arrested by the Gestapo during a party in an apartment at 36 Lützowufer Street. Within days, many people were arrested including Benita von Falkenhayn, Renate von Natzmer, and Irene von Jena. Günther Rudloff avoided arrest claiming that he provided useful intelligence information to the Abwehr only because of his liaison with Sosnowski. Only later did the Nazis discover the truth about Rudloff's activities, and he was sentenced to death. He committed suicide on July 7, 1941.


Sosnowski was bereaved at the deaths of his mistresses. He was quoted in Time Magazine, in the August 16, 1936 issue: "I am haunted by the deaths of those women. Until I was released in an exchange of prisoners I had seen no human face for 14 months. My food was lowered to me by guards from a trap door. The tragic deaths of those two - my former associates - haunt me night & day and I can only attempt to gain peace through prayer for their souls"

According to heresay Benita von Falkenhayn wanted to marry Sosnowski and obtain a Polish passport, thus saving her life, but Adolf Hitler thwarted her attempt.

Sosnowski was released in April 1936 when he was exchanged for three German spies caught in Poland. However, Polish headquarters instead accused Sosnowski with fraud and high treason and put him under house arrest. They had always been suspicious of Sosnowski and of his great successes.

His trial began on March 29, 1938 in the Military District Court in Warsaw where he was charged with treason and for collaborating with Germany. Sosnowski denied all charges but on June 17, 1939 he was found guilty and sentenced to 15 years imprisonment as well as a fine of 200 000 zlotys. He was about to appeal the decision but the outbreak of World War II made it impossible .

After this point in time, It is difficult to determine the fate of Sosnowski. According to one report he was evacuated east from prison in early September 1939 and shot by the prison guards on September 16 or 17, near Brzesc nad Bugiem or Jaremcze.

Another report claims that Sosnowski was shot but survived only to be captured later by the NKVD. He was arrested on November 2, 1939 by order of Pavel Sudoplatov and transported to the Lubyanka prison

in Moscow. There, after "talks" with officers of Soviet intelligence he cooperated with them; allegedly working as an expert on Polish and German affairs, and participating in interrogations of General Mieczysław Boruta-Spiechowicz.

By the time the German-Soviet war

began, Sosnowski was said to have become an NKVD

agent, and teaching at an espionage school in Saratov, where in 1943 he was promoted to the rank of colonel.

In the same year he allegedly was transferred to German-occupied Poland, where he cooperated with the communist People’s Army. It is rumoured that in September 1944 during the Warsaw Uprising

, he ended up in Warsaw, where he probably died.

Ivan Serov maintained that Sosnowski was executed by the Home Army

in 1944, however, Pavel Sudoplatov claimed in 1958, that Sosnowski was executed in 1945 by order of Nikita Khrushchev. Some Russian sources claim that he died in 1942 in Saratov, during a hunger strike.