(2 March 1901- 23 April 1989) was a Polish agrarian politician, lawyer, journalist and a notable member of the wartime authorities of the Polish Secret State

. Among others, he was the last person to hold the post of the Government Delegate at Home. Arrested by the NKVD in 1945, he was released soon afterwards only to be forced into exile. He settled in the United States, where he remained active among the local Polish diaspora.

An active journalist, he was among the few people whose names were completely banned by the communist censorship in Poland.

Stefan Korboński was born March 2, 1901 in Praszka near Olesno but grew up in Częstochowa, where he was schooled at local gymnasium. In 1918 he volunteered for the ranks of the Lwów Eaglets and fought in the Defence of Lwów. After the besieged city was liberated, he returned home and volunteered for the Polish Army at the outbreak of the Polish-Soviet War

. Following the end of hostilities, and subsequent demobilization he did not return home but instead volunteered for the third time - joining the ranks of Polish troops in the Third Silesian Uprising. For his valor in service he was awarded with the Virtuti Militari and the Silesian Cross. 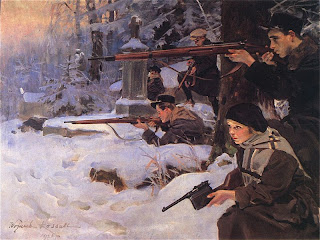 When border conflicts ended, Korbonski passed his matura exams and enrolled at the Adam Mickiewicz University of Poznan, where he graduated from the faculty of law. During his studies he became involved in politics and joined the Polish People's Party

"Wyzwolenie"  and then People's Party in 1931. Soon after he began working in the local Prosecutors Office and in 1929 started up his own practice in Warsaw. Meanwhile he rose through party ranks  and by 1936 became its chairman for the Bialystok Voivodeship (1919-1939). Korbonski married Zofia Antonina Ristau on 10 July 1938.Zofia was born in Warsaw on May 10, 1915. After graduating from the University of Warsaw's Institute of Political Science, she became her husband's dedicated partner in the cause of Polish patriotism.

Before the outbreak of World War II he was mobilized as part of the Polish Army and commissioned to the 57th Infantry Regiment in the rank of First Lieutenant. During the Polish Defensive War his unit was surrounded by the Red Army and Korbonski taken prisoner by the notorious NKVD

. Fortunately he managed to escape. When reached the German-occupied part of Poland he was helped found the Polish underground and was an an active member of the Union of Armed Struggle (ZWZ) and then the Armia Krajowa

. Simultaneously, he was also one of the leaders of the clandestine People's Party, active within the system of the Secret Polish State

In 1940 he became a member of the Political Communications Committee, a clandestine political division that was part of the underground army and slated to become the nucleus of the future Polish Parliament. In April of  1941, he became the Chief of the Directorate of Civil Struggle, whose mandate included the coordination and organization of civilian resistance, information and propaganda. During his term, Korbonski extended the scope of responsibilities of the Directorate by including the duty to maintain law and order as well as organizing a net of underground civil courts and coordinating the carrying out their verdicts by the National Security Corps.

in London. The Nazis prohibited the possession of radio equipment and to have been caught would have meant certain death for Zofia and her colleagues. Her dispatches spread the news about German atrocities committed against the Jews in Poland

. The information was subsequently broadcast by the BBC.

In 1942, Stefan Korbonski became the head of Directorate of Civil Resistance and by July 1943, was also the head of the Social Resistance Department of the Directorate of Underground Resistance. Following the outbreak of the Warsaw Uprising in August 1944, he also became Chief of the Department of Internal Affairs, a de facto Minister of internal affairs of occupied-Poland.   As a member of Armia Krajowa, Korboska also took part in the Warsaw Uprising

When Warsaw fell, Korbonski and his wife managed to evacuate the city as civilians and continued their duties in hiding. In March 1945, after the NKVD arrested Jan Stanislaw Jankowski, Korbonski became the last Government Delegate at Home and worked to rebuild a Government Delegacy.  Stefan and Zofia Korbonski were arrested by the NKVD in June of that year.

Stefan and Zofia were released from the Soviet prison following the creation of the communist-controlled Provisional Government of National Unity. He returned to the bar and active politics within the reactivated Polskie Stronnictwo Ludowe, the most popular party in Poland at the time and the main opposition to the Soviet-backed communist regime. Thirty of the 145 seats in the post-war government were offered to non-Soviet supported group and it was planned for Korbonski to be part of the post-war government but his name was removed by Bierut. In the forged 1947 elections he was also an elected member of the Sejm but with the rise of Stalinism, the small margin of political freedom that existed in Poland was extinguished. Stanislaw Mikolajczyk, Korbonski and his wife were forced to flee Poland, making their way to Sweden, hiding in a ship transporting coal and then made their way to the United States where they lived since November 1947.  Zofia worked in the Voice of America and Polish American Congress.

Korbonski continued his political career in the U.S. within Polish emigree circles. He headed the New York office in 1950 and became a noted journalist, a head of the Polish Council of Unity and a member of the International PEN Club. Among many awards, he received the Alfred Jurzykowski Prize in 1973,   the Righteous Among the Nations

medal, in 1980, conferred by Yad Vashem Institute. He was also the recipient of the Cross of the Home Army, the 1939-1945 War Medal, Golden Cross of Merit and the Order of the White Eagle (posthumously in 1995).

In 2006 Zofia Korbonska was conferred the title of Honorary Citizen of the Capital City of Warsaw. President of Poland Lech Kaczyński decorated her with the Grand Cross of the Order of Polonia Restituta. She struggled with illness for several years before her death on 16 August 2010 and was buried at the Polish Cemetery in Doylestown, Pennsylvania. 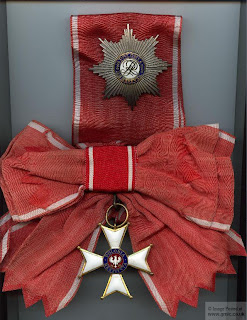 Grand Cross of the Order of Polonia Restituta (awarded to Zofia Korbonska.) 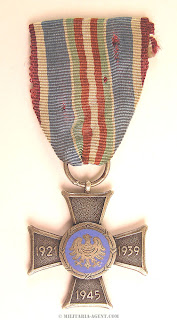 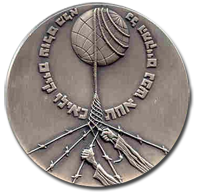 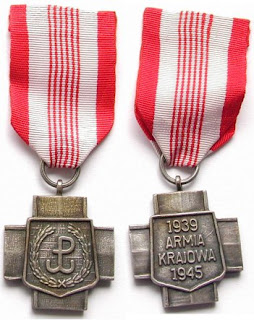 Cross of the Home Army 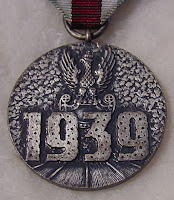 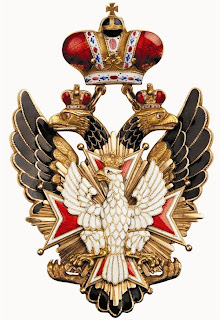 Order of the White Eagle

Posted by Polish Greatness Blog at 12:15 AM