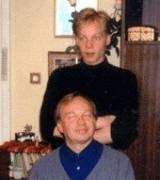 Mariusz David Dastych was a Polish intelligence covert agent recruited by the the CIA in South Vietnam in 1973.Dastych was born in 1941, in Myslenice near Cracow, Poland and studied journalism, foreign languages, and political science and worked for the Polish, Soviet, Hungarian, and Japanese media. In 1961 he joined the Polish Foreign Intelligence Service. Between 1961 and 1968 and in 1973 he worked in Western Europe, the United States, and Asia (Vietnam and China).

Later, he worked as a political analyst for foreign institutes for strategic studies, specializing in the Soviet and East European regimes and with American and other Western diplomatic missions and international organizations.

Between 1976 and 1981 Dastych worked as a PR Officer, then as an analyst and Deputy Manager of the Japanese Foreign Trade Organization (JETRO) in Warsaw (1982-1983).

In 1987, Dastych was arrested by the Polish Communist Military Tribunal and sentenced to 8 years for spying for the CIA and the Japanese Prime Minister’s Intelligence Service.

He served only three years of his sentence in special wards for political prisoners in Warsaw and Barczewo prisons, and was released in 1990 after the collapse of communism in Poland.

He resumed his career as free-lance editor and columnist, writing for Polish, American, Canadian, and Japanese media and became a successful businessman. He owned a travel and trade agency called Dastych Trading Co. until 1994.  In that year Dastych suffered a near fatal accident in the mountains of France - he broke his vertebral column. After a lengthy hospitalization and rehabilitation, he resumed his professional activity as journalist, translator and political analyst in 1999.  He was working on a book "At One’s Own Risk. 40 Years of a Journalist’s Secret Life in the East and West".

In December 2006 Dastych son Olaf died in in mysterious circumstances in England where he received scholarship to study. Many believe that Dastych son was poisoned with a non-traceable substance, causing a natural death.

When I joined the CIA in 1973, in South Vietnam, one of my main concerns was how to protect my family, in case my covert mission was to be discovered by communist authorities. My concerns were met with proper attention in Langley, but there was no absolute guarantee of my family’s safety. A short time before I was arrested in Poland, in 1987, I had met with a high-ranking U.S. diplomat of the U.S. Embassy in Warsaw. He was aware of my mission. I told him that the Polish and probably also the Soviet secret services had been tracing me for a year or so. They had no evidence but they might try to arrest me any time then. I asked for a protection of my close family. As I took no money from the American Intelligence, the only favor I asked for was to help my son to obtain scholarships for his future studies at one of the Western universities. I gave the U.S. diplomat a background on Olaf’s schooling, his language proficiency and other personal details and photos. After some time, I received a positive answer. (...) A defector from the Soviet secret services, whom I had met, warned me that: They never forget." 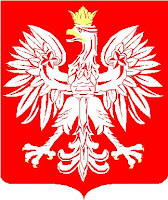 
Posted by Polish Greatness Blog at 12:19 AM