The capital of Poland is under siege. German forces have reached Warsaw from the east. Only a strip of land connecting Kampinos Forest and Modlin Fortress remain in Polish hands. The relentless bombing of the city has left it in complete ruin. A great exodus of people have fled the city yet many are trapped and unable to escape. With the exception of Polish Army Forces, it is not known how many Poles remain. 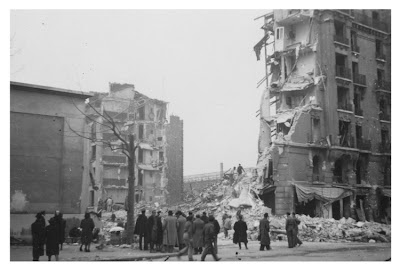 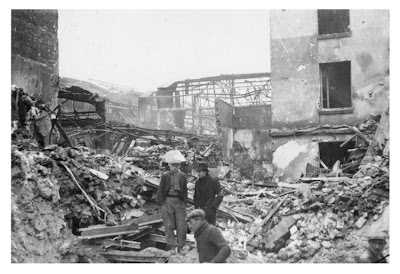 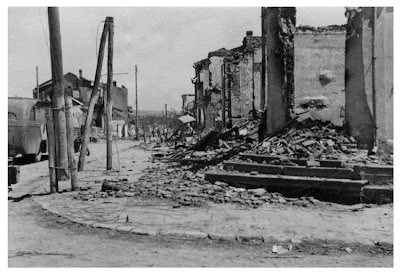 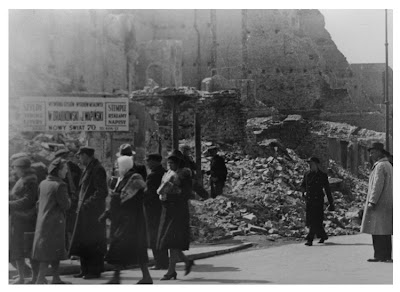 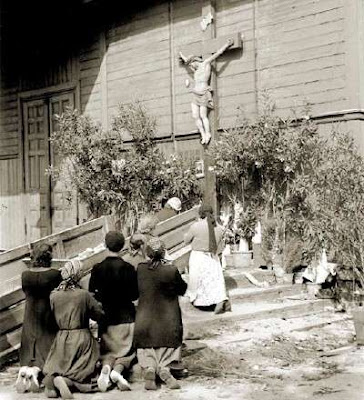 Battle of Bzura continues with heavy losses on both sides. Polish Army Pomorze  took up defensive positions at Kutno, Zychlin, Gabin and Sochaczew on the northern bank of the Bzura River. General Stanislaw Grzot-Skotnicki's unit was between Kutno and Zychlin. General Michal Karaczewicz -Tokaczewski's unit was near Gabin. And parts of the Army Poznan by the Bzura near Sochaczew.   From there they commenced their drive towards Warsaw.  The Germans engaged most of the 10th Army Division to encircle the Poles.  The Germans deployed 2 armoured, 1 motorized and 3 light divisions, totaling 800 tanks.  The Poles were forced out of Sochaczew and trapped in a triangle of Bzura, Vistula and German forces. After crossing the Bzura (between Sochaczew and Brochow), the German Panzer Division engaged the Polish 25th infantry and managed to capture Ruszki, and after a bloody battle they stopped their advance. The Polish 25th unit had crossed the Bzura near Vistula north of Sochaczew and and are heading towards Warsaw. In the process however, they had to abandon most of their heavy artillery.  Meanwhile, the Poznan Army at Kutno has reported extensive casualties.

Brest-Litovsk, located 120 miles east of Warsaw has been surrounded. Major General Juliusz Rommel, the Warsaw Military Commander, has refused to discuss a surrender proposal from the German Supreme Command.

Polish troops have evacuated to Romania, but with the intention to continue fighting for Poland. In a surprising turn of events, although the Romanian government has granted asylum to Polish civil and military refugees, Polish infantry units were immediately disarmed and interned by the Romanians.  Poland and Romania had been allies since 1921, having ratified the Polish-Romanian Alliance Pact, which was presumed to be valid. The Polish government had recently transferred the treasury of the National Bank of Poland to the Romanian government for safe-keeping. The first shipment consisted of 1,261 crates containing 82,402 kilograms of gold while the second shipment totaled 3,057,450 kilograms, both escorted by the Romanian Navy.

In Moscow, an armistice agreement was signed between Japan and the USSR ending their four month-old, "Nomohan Incident".  They have been engaged in protracted fighting on the borders of Manchukuo (Manchuria) and Mongolia. Since the German-Soviet Non-Aggression Pact was signed, both sides have been under pressure from Germany to settle the dispute.  Peace talks were initiated by the Japanese Cabinet, appointed two weeks ago, after Japan lost 17,000 troops in one battle.

In Britain, motorists besiege petrol stations although no date for rationing has yet been established.

The first British trans-Atlantic convoy set sail today from Halifax, Nova Scotia. All ships carrying vital supplies of Canadian wheat and US munitions will travel on scheduled convoys protected by the British and Canadian Navies.  The first convoy has recently sailed from Gibraltar. The Glasgow-Thames coastal trade is moving convoys as well.