US Ambassador to Poland, Anthony J. Drexel Biddle Jr. reported that German bombers are attacking Polish civilians. He stated that  " they (the Germans) are releasing bombs they carry even when they are  in no doubt as to the identity of their objectives."  The German High Command was arrogant in it's response saying that Germany fully intends to carry out bombing raids on civilian targets since the civilians are battling German troops. 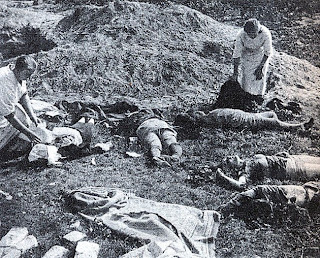 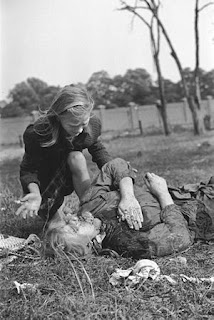 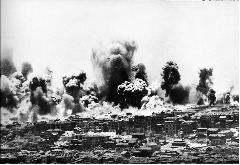 German forces of Colonel Schorner arrived at 14:00 hours and broke through the city centre of Lwow. They were driven back by heavy fighting from small Polish infantry units made up of local volunteers and refugees. To reinforce Polish defenses, General Kazimierz Sosnkowski left Lwow and took command of Polish units in Przemysl which was trying to reach Lwow through German lines.  The German Commander had to draw his forces and encircled the city waiting for reinforcements to arrive.  German forces had only limited success. They took control of  Zboiska and surrounding areas. Polish forces have also received additional reinforcements with units withdrawn from central Poland and new volunteer units formed within the city.  The Polish 10th Motorized Brigade under the Command of General Stanislaw Maczek arrived and heavy fighting ensued in the region. The town of Zboiska was recaptured by the Poles though the surrounding hills remain in German hands. The hilltops are providing the German units with a clear vantage point over the city from which they are launching artillery attacks. The Luftwaffe is bombing the city's power plants, waterworks, schools, hospitals and churches.

The French cruiser La Tour d'Auvergne sank from an accidental explosion.  The crew was offloading mines at Casablanca when a mine being disarmed accidentally exploded setting off a chain reaction that blew up and destroyed the ship at anchor.