In what was referred to as Bloody Sunday more than 70 German bombers took to the skies over Warsaw and pounded the city in over 17 bombing raids. A news bulletin received earlier announcing the fall of Warsaw has been confirmed as a hoax  invented by German forces. They were broadcasting a false bulletin on the same radio wavelength as Radio Warsaw.  Meanwhile the battle at Bzura continues at Malachowicze where the Polish 17th Infantry Division is inflicting heavy strikes against the German 17th Infantry Division.


Polish Commander-in-Chief Marshal Smigly-Rydz made urgent appeals to France for military reinforcements but was refused.  According to General Gamelin, the French Chief of the General Staff, more than half of the active French divisions are engaged in battle with the enemy on the northeast front and France can do no more.

The first major contingent under the British Expeditionary Force (BEF) landed today in France, under the command of Field Marshal Lord Gort.  Over 160,000 men, 24,000 vehicles and 140,000 tons of supplies are expected to arrive over the next couple of weeks.

The government of Canada has declared war on Germany. Canada is the last of the British Dominions to declare war. However, their hesitation permitted the delivery from the U.S. of large amounts of war goods which are now banned under American neutrality laws. 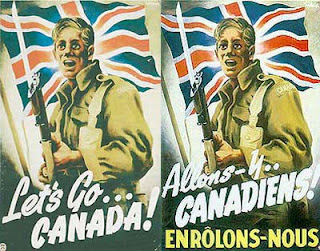